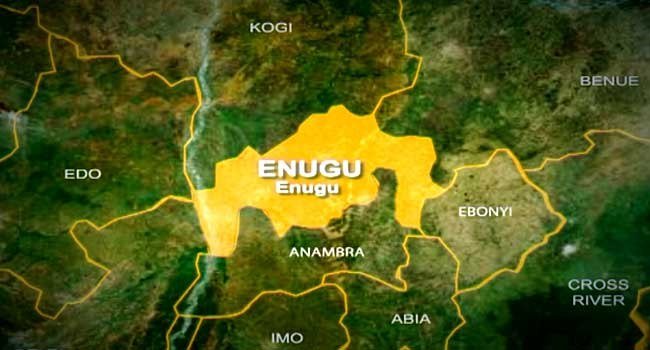 Residents of Ikem community in Enugu State’s Isi-Uzo Local Government Area lamented the rate of kidnapping in the town after six people were abducted in one week.

The situation has exacerbated security concerns in the area, which is still reeling from the senseless killings of suspected herdsmen in Eha-Amufu, a neighbouring village.

Masked gunmen besieged Ikem-Isioroto along the Obollo Afor-Nkalagu road for three days and pushed the residents into the bush.

Asokwa said he was home from Enugu to join other members of the committee to find ways to strengthen the local security ahead of the coming general elections so as to ensure that people will exercise their franchise in peace.

“As we drove out of the meeting venue, we found four gunmen on the main road brandishing guns.

“I was driving and instinctively reversed the car and behold there was another set of four gunmen behind us.
“The gunmen opened fire on us, shattering all the windscreens and the four tires, but I bravely drove through the hail of bullets with flat tires to safety.

“One of us was badly hit by the bullets and was immediately rushed to Enugu where eight bullets were extracted from his body by surgeons. He is still recuperating at the intensive care unit of the hospital,” Asokwa narrated.

Enraged that their prey had escaped, the gunmen kidnapped two commercial motorcycle riders and made their escape through a bush route towards the boundary with Benue State.

As they withdrew they robbed adjoining houses and stole food items and condiments.
The villagers narrated that as they were still reeling under the shock, the gunmen returned on Tuesday and kidnapped a native who was home from Enugu and a National Youth Corps Member who is his tenant. They said that no ransom demand has been made yet.

“Thursday night, the gunmen returned for the third time, this time at night, kidnapped three more people and shot one person who confronted them.

“As a result, the villagers all slept in the bush for fear for their lives. Friday night they still slept in the surrounding bushes for fear the gunmen would return,” narrated another native.
Ikem-Isioroto is a strategic community on the northern border of Ikem. It is bounded by Benue State in the North and the routes to the rich farmlands have become a delight to kidnappers.
Last year three kidnap incidents took place at Ikem and all the hostages were taken out through the same route. The local catechist was the first to be kidnapped, followed by a young man who came back from Italy. The third was a trader on his way to the market.

In each case, a ransom was paid before the victims were released.

Security agencies made some arrests and the suspects are still being investigated.

The suspects include Fulanis and their local collaborators The people are expecting quick prosecution of the suspects to serve as deterrence to others.

A journalist and native of the affected area, Anayochukwu Agbo, said that “The latest attack shows a dangerous trend. The gunmen were masked, unlike in previous kidnaps, suggesting heavier involvement of locals in the attack. The way they sacked the village suggests this could be a test run to what could happen during the coming elections.

“That is why the security agencies should take this seriously as some paid gunmen have threatened to stop the electorate from voting in the southeast.

“Army checkpoint should be approved for the hot spot where the gateway route is located at a place called Ugwuatu.”