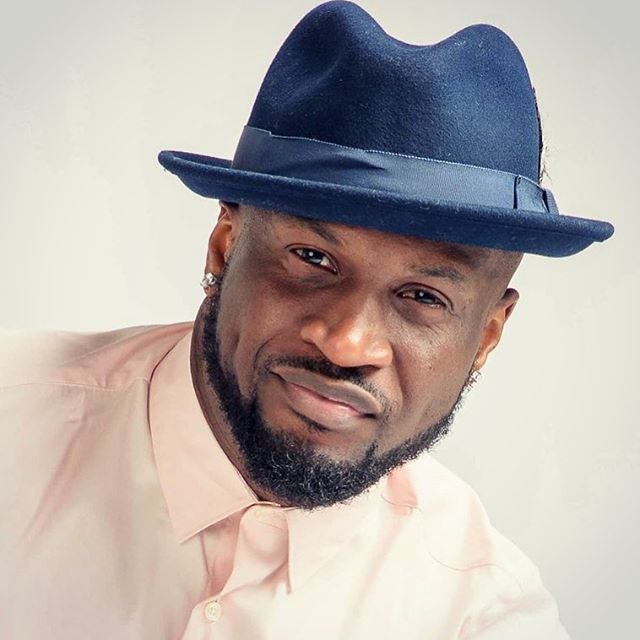 Popular Singer, Peter Okoye of P-Square also known as Mr P in his enlightenment post on being broke, talked about you being on your own at that stage of your life.

While advising his followers to follow their dreams, rather than dream about it alone, Peter Okoye urged them to get back to work and turn their vision to a mission. He also stated that nobody will feed them when they go broke while making unnecessary excuses which has become some sort of culture transported to online begging

Quote
“Back to work on the first Monday of year. No time!

“Never be ashamed of your hustle Nobody will feed you if you go broke!

“Stop making excuses! Go out there and start something no matter how small. Have a wonderful week ahead. 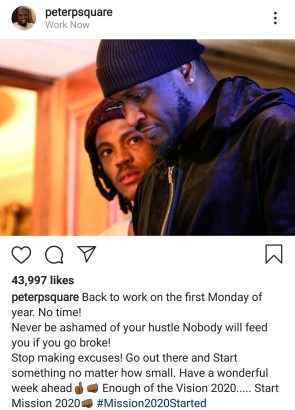 Since he began to chase an independent career following the split with his brother, the singer has released some great songs which have topped charts in Nigeria and abroad. In one of his music videos (Ebeano), Peter Okoye introduced his son Cameron who wowed viewers with his great dancing steps. The year 2020 is still fresh and fans are optimistc that he will drop some great songs this year.