9 Sea Creatures Who Are Out of This World! (Photos) 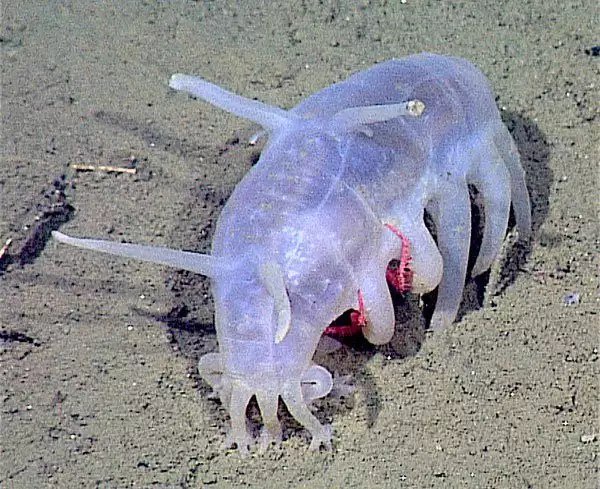 The oceans are home to some of the harshest environments on Earth. As a result, the animals that live there have had to adapt in order to cope.

Some of them you will have seen before via aquariums and documentaries. But those that live in the harder to reach places can be downright unbelievable. Here are just some of the world’s weirdest ocean creatures. 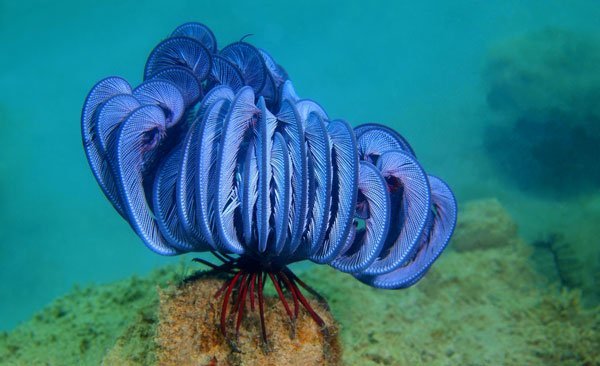 These crazy looking marine animals wave their “feathers” to get around underwater. They like shallow water, but they can sometimes be found on ocean floors up to 9 km below the surface of the water! Swirling their many feathered legs in the water, we can almost imagine what they’d look like floating through the starry galaxy. 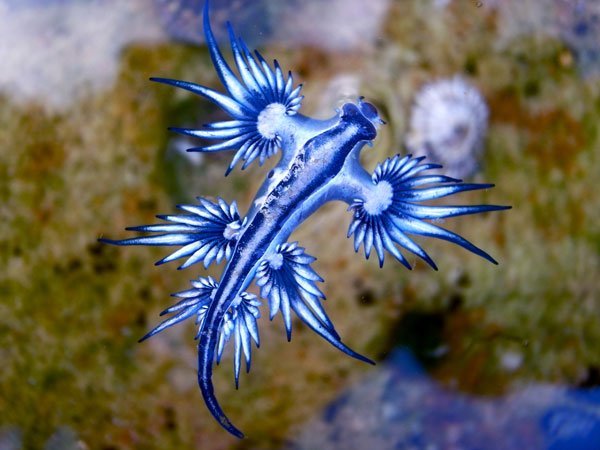 The glaucus atlanticus, aka. the “blue dragon” is a type of stinging sea slug! They actually float upside down on the waves: their blue bellies face up to match the surface, and their silver backs face down to blend in with light shining down. To us, they look like surfing UFO’s! 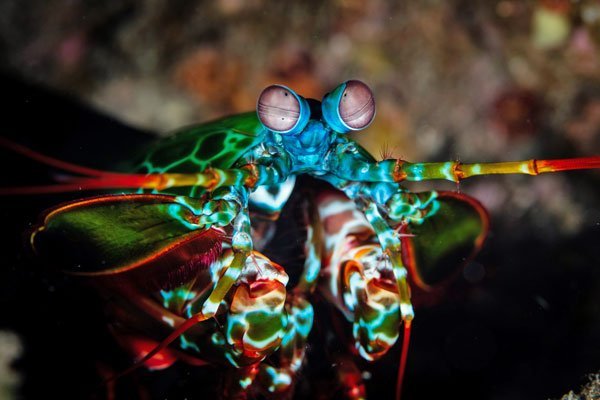 These exotic rainbow warriors may be small but they’re extra mighty crustaceans. Their glowing green backs, red legs, bulging eyes, and long antennas certainly make the mantis shrimp one of the most alien-looking creatures on the planet!

READ ALSO: Story Of How Prophet ‘Daniel’ Abodunrin Was Killed, Eaten By Lions At Ibadan Zoo 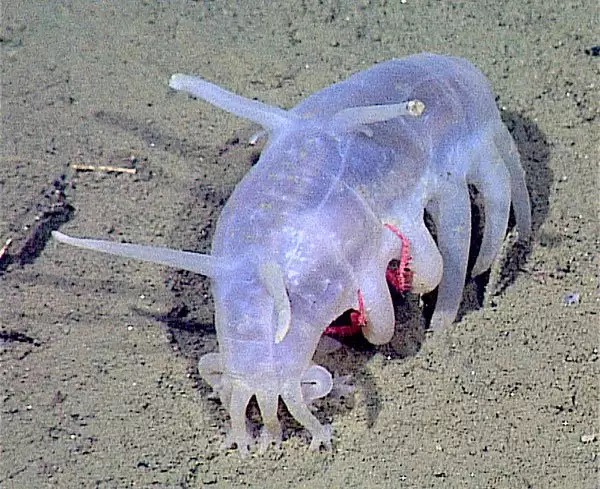 Also known as the sea pig, these jelly-like creatures are actually a type of sea cucumber! Unlike the crunchy and delicious green vegetable, this sea cucumber lives in the dark at the bottom of the ocean. 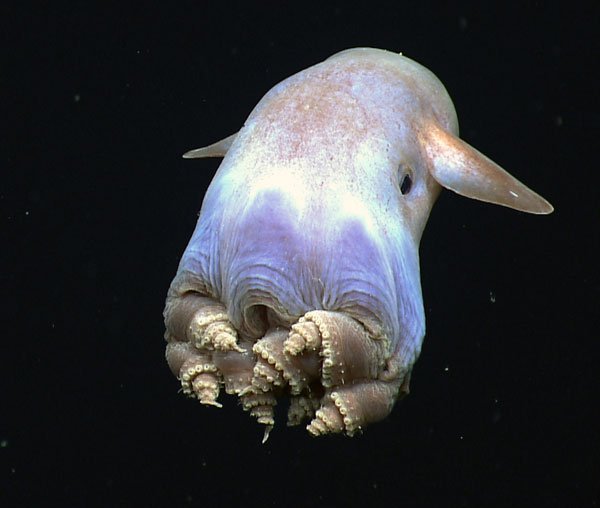 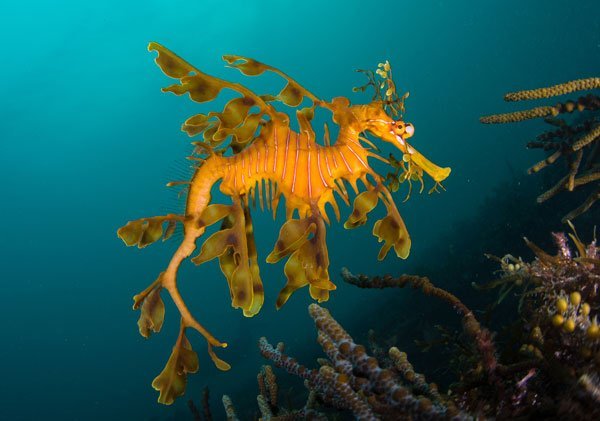 Apparently, not everything that’s leafy grows on plants! You may find this hard to believe, but the leafy sea dragon is actually a type of fish! If you squint your eyes you might be able to see their resemblance to a seahorse, but we think that these guys could fit in just fine on Neptune. 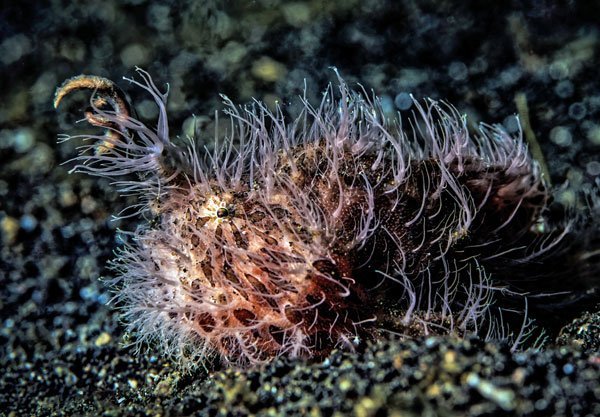 If it’s called a frogfish, does that make it a frog… or a fish? The answer is kind of a combination! Though they’re officially fish, they actually walk along the sea floor on their bottom fins in search of a tasty meal. They may look like monsters in great need of a hairbrush, but the hairy frogfish is actually amazing at hiding and can even change colors to match his surroundings! Sounds like some extraterrestrial powers could be at play here… 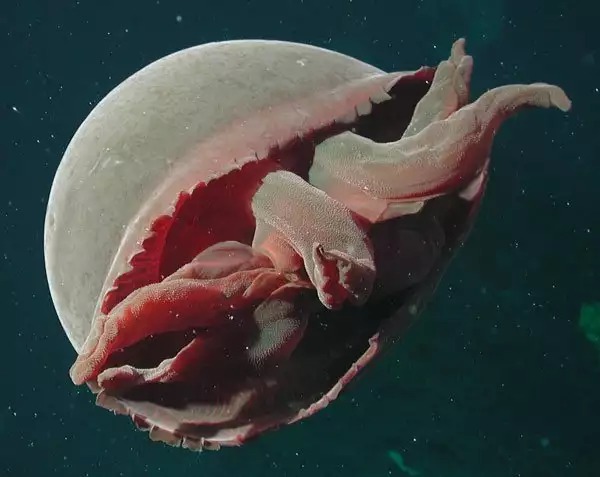 The name of this jelly means “big red”, which perfectly describes this gigantic, ruby-colored monster of the deep. They can grow up to 3 meters across (almost 10 ft), and instead of long trailing tentacles, they have “arms” that are short and stubby.

Running out of names to call the creepiest fish in the sea? Take THAT, you big sarcastic fringehead! These aggressive fish have large, colourful mouths that snap open if another fringehead comes too close. The size of their mouth is a sign of strength and dominance to the other intruding fish and tells them to keep away!