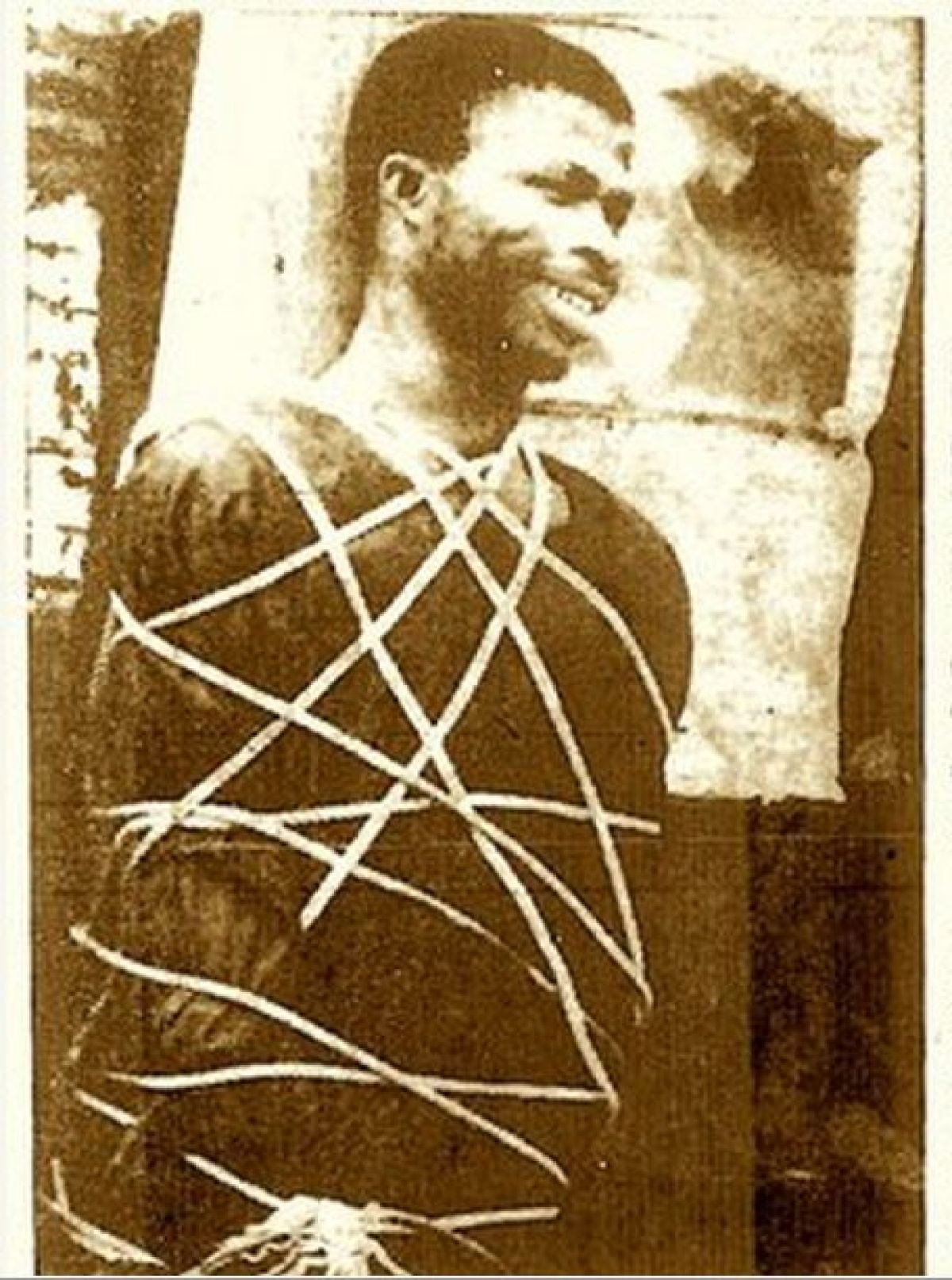 Footage of the execution of 8 convicted armed robbers in Lagos Nigeria. The punishment was prescribed by a decree issued by the military authorities in 1970. Nigeria faced a crime wave in the aftermath of its civil war, which ended in January 1970.

Several of the men had been involved in the theft of £11,000 sterling the previous March. One was a noted criminal who had confessed to taking part in ten major robberies and murders during the past six years.

The footage was flimed by Shittu Fabiyi.

The relevant law was the Robbery and Firearms (Special Provisions) Decree 1970 Section 1 (3) which provided the following:

The sentence of death imposed under this section may be executed by hanging the offender by the neck till he be dead or the offender may suffer death by firing squad as the Military Governor may direct.

Ishola Oyenusi (being led by policemen at the 0:31-second mark and on the left at the 1-minute mark) was arguably the most infamous of Nigerian armed robbers. Two movies have been made about his life. The first, “The Rise and Fall of Dr. Oyenusi“, was produced in 1977,

EPL: Brendan Rodgers Has Made Me A Better Player – Ndidi Reveals