Mahrez Loses 500k Worth Of Possessions To Burglars 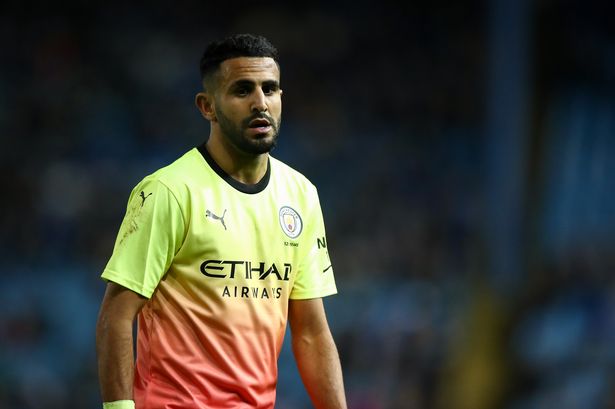 Manchester City winger Riyad Mahrez has been revealed the latest Premier League star to fall victim to a terrifying home invasion, with burglars stealing £500,000 worth of valuables during a raid back in April.

Tottenham Hotspur’s Dele Alli suffered minor facial injuries as he was held at knifepoint earlier this month, when armed robbers broke into his London home and stole several high-value items, including jewellery and watches.

According to reports, Mahrez was not in his Manchester apartment when the gang broke in, and he returned to find cash, rare football shirts and bracelets were among the items stolen during the burglary.

Some of the most high-value items were watches, including a Richard Mille timepiece which is said to be worth an eye-watering £230,000 and similar to one which was stolen from Alli.

A source confirmed that Mahrez believes he was being watched by the perpetrators beforehand and that his Mille watch was likely the primary target of the raid.

“At around 5 pm on Friday, April 24, police were called to reports that four separate apartments had been burgled at a city centre block,” a statement from Greater Manchester Police confirmed.

The owners of the building also confirmed that a key fob which had access to all rooms in the complex had been used to target four apartments during the raid, but that fob has now been recovered and deactivated.

This year, alongside Mahrez and Alli, we have also seen Jan Vertonghen and Crystal Palace defender Mamadou Sakho fall victim to home invasions, with Vertonghen’s case particularly scary as his wife and children were held up while the Spurs defender was away on Champions League duty.

Alex Bomberg, the chief executive of security firm Intelligent Protection International, told The Telegraph: “The intelligence is there on social media. The criminals can look and say: ‘Oh look, there’s the £50,000 watch, there’s the jewellery collection, there’s the £1,000 pair of sunglasses’.

Some Key Issues To Look Out For As La Liga Resumes