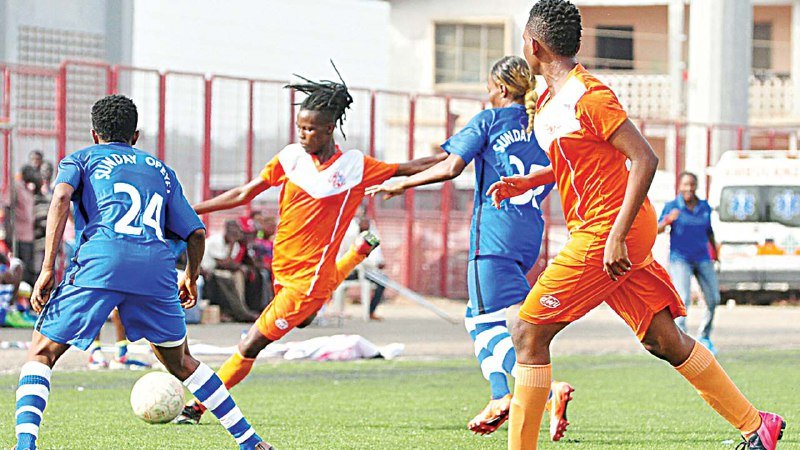 Super Falcons star, Asisat Oshoala has revealed that some female footballers in Nigeria earn as low as N30, 000 monthly.

The 25-year-old Barcelona star made the comment on Saturday evening during an Instagram live chat with Channels Television, where she stated that this is happening because the government doesn’t give due attention to female football in Nigeria.

While speaking about how to improve female football in Nigeria, the former Arsenal player, among others, said the leagues have to be constant in addition to paying more attention to the welfare of the footballers.

“The league has to be constant. They have to look into the welfare of the players. Some players get paid, maybe N30, 000, a month or maybe N60, 000 maximum and that’s like a lot. They need to be more concerned about the welfare of the female players.”

Oshoala added: “I’d rather say: give us a standard coach for the next five years; and let the salary be constant and let the game bonus for my teammates be constant.

“And let us play a lot of friendly games as much as we can. And when we get to that level, we start discussing the next stage. It is something that has to be with a plan.”

Bobrisky: My Granny Mounts Pressure On Me To Get My Married

Rape: Security Guard Confesses To Rape Of Nine-Year-Old In Abuja