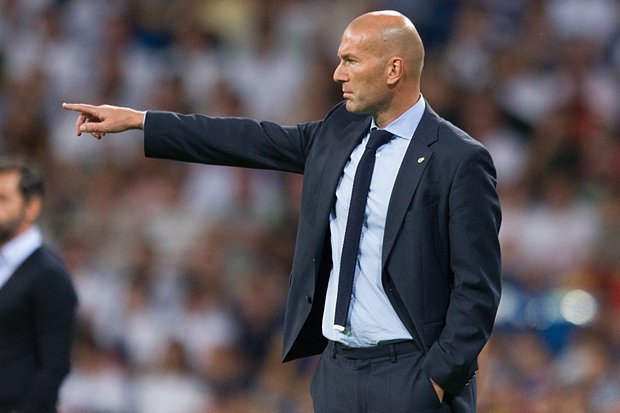 Real Madrid coach Zinedine Zidane believes Barcelona have a squad that is capable of “fighting for everything”.

After a trophy-less 2019-20 season, Ronald Koeman is rebuilding the Blaugrana, who have seen the likes of Luis Suarez, Arturo Vidal, Ivan Rakitic, Arthur and Nelson Semedo leave.

Philippe Coutinho has returned from his loan spell at Bayern Munich and Miralem Pjanic joined from Juventus, while Lionel Messi ended up staying after requesting a move.

Zidane, whose Madrid visit Real Betis on Saturday, said Barca were strong enough to again be challenging for titles.

“I will be respectful. Besides, I don’t know what’s going on inside, that’s why I don’t want to get involved,” the Madrid coach told a news conference.

“I think each club has their own issues and difficulties. I think Barcelona, in terms of the team and the squad, is a club who will be fighting for everything. I don’t have any doubt.”

Madrid have also seen some changes to their squad, most notably the departures of Gareth Bale (on loan to Tottenham) and James Rodriguez (Everton).

Bale’s relationship with Zidane reportedly deteriorated in recent months, although the Welshman told Sky Sports on Friday he had “no regrets”.

Asked if he had anything to say about Bale, Zidane said: “I’m not going to speak about what Gareth said.

“Against, what I will say is that we wish him the best for the future and we are focused on ourselves now. That’s all.“