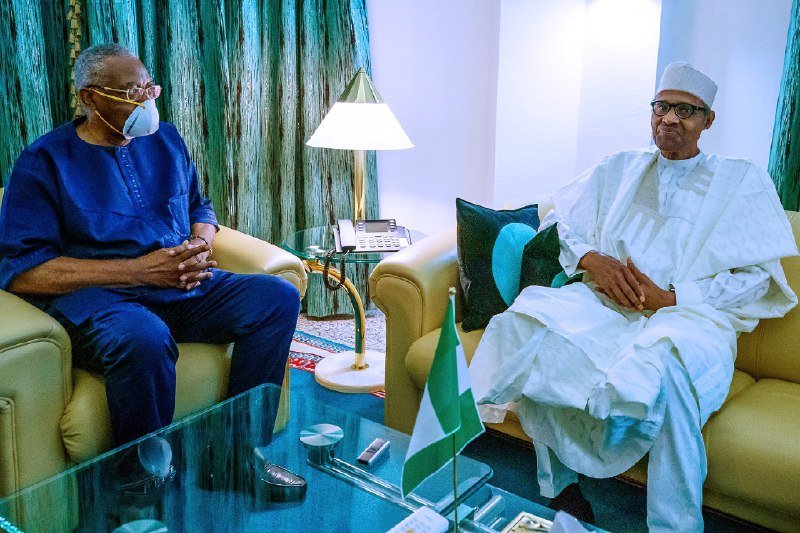 The meeting held behind closed doors at the Presidential Villa, Abuja, took place after the weekly meeting of the Federal Executive Council presided over by the President.

The agenda of the meeting between the two leaders was not made public. Danjuma did not speak with State House correspondents at the end of the meeting.

Deep Secrets: If I Talk About Nigeria, Nobody Will Sleep Again – Danjuma

The Presidency has yet to release a statement on the meeting as of the time of filing this report.

The meeting was however held about two days after the National Christian Elders Forum which Danjuma and other statesmen belong to, demanded that Nigeria be re-negotiated.

The NCEF had also claimed that the #EndSARS protests in parts of the country were mismanaged by the present regime because the Army was released against unarmed protesters in the country.

The group’s position was contained in a resolution made available to journalists on Sunday after its emergency meeting held last Thursday.