Mr. Darlington Ibekwe, the young man who in a viral video, alleged Senator Hope Uzodinma was after him, and tagged the Imo governor, as an Otokoto man, has been arrested and arraigned in court today, 22nd February, 2021. 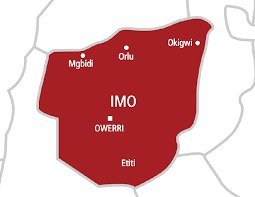 In the video, Ibekwe reacted to the seizure, by the Hope Uzodinma administration, of the Royal Spring Palm Hotels, belonging to the wife of the former governor, Nneoma Nkechi Okorocha.

In the video, Ibekwe pointed out that Uzodinma was broke, and was using state funds to build a mansion for himself.

A second video by Ibekwe, showed the Nkwerre born associate of the former governor, Rochas Okorocha, and his son-in-law Uche Nwosu, accusing the State Attorney General, COC Akaolisa, of perfecting plans to arrest him.

Ibekwe was sighted alongside Okorocha and his son-in-laws, yesterday at the Royal Spring Palm Hotels, where Okorocha unsealed the property, leading to breakdown of law and order, and ending with the police arresting the former governor, who now represents Orlu Zone in the Senate.

Ibekwe posted videos of the attack on Okorocha by Uzodinma’s loyalists. However he disappeared from online, amidst fears for his safety.

Punch reporter, Chidiebube Okeoma this morning reported on his Facebook wall, that Ibekwe has been arraigned before a magistrate court in Owerri.

It’s not yet clear the charges the State would be bringing against him, and if he would be bailed after arraignment.