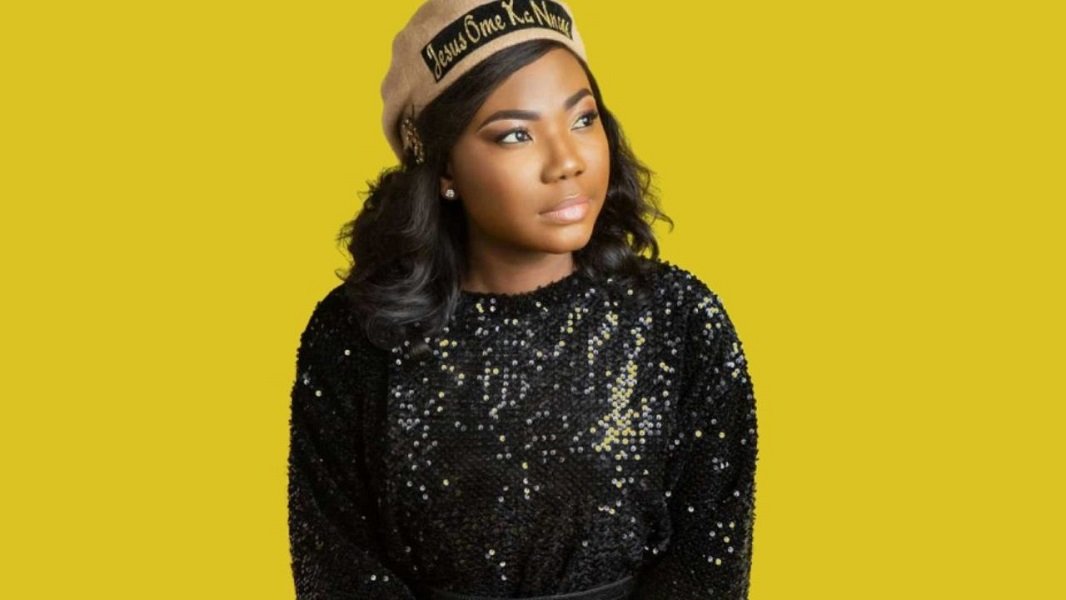 Mercy Chinwo is a gospel artiste whose 2017 song “Excess Love” catapulted into stardom. The song, a rendition of God’s undeserving love for mankind resonated (and still does) with many beyond the gospel genre as it grabbed the attention of millions and have them harassing Google with questions about Mercy Chinwo’s tribe, education, husband, etc. It is to answer these questions and generally quench your curiosity about the star that we conceived of this article.

Mercy Chinwo is from what we usually call a “humble” background. Her parents were not rich nor were they paupers. She was born in Port Harcourt on the 5th of September to Ikwerre parents from Obio/Akpor Local Government Area. She was number four in a family of five kids ad the first daughter.

Mercy lost her father while she was still a young girl and was raised by her mother with the close eyes of her older siblings. For education, Mercy Chinwo attended Ultimate Victory Academy, Port Harcourt (secondary) and the University of Port Harcourt.

Mercy Chinwo is said to have begun singing at the age of eight which was when she joined the children section of the Apostolic Church Rumudara Assembly choir in Maritime Field Port Harcourt. Such was her talent that she went on to become the choir director of the main church choir.

While singing as a teenager, Chinwo was given complete support by her family who saw a bright gem in her.

A stint in the secular world

Mercy Chinwo’s roots are in gospel but when she first broke out into the limelight, she rode on the back of secular music.

While she is now on most people’s top Nigerian gospel musicians list, this has not always been the case. When she began, leading to her audition for Nigerian Idol, in Nigerian Idol and after the show, one thing was clear about Mercy Chinwo.

She was determined to make it as a musician even if it wasn’t in the gospel genre. And this is not just because she attended a mainstream show and performed what Christians tag secular songs (her performance of Fela’s “Zombie” on the finale of 2012 Nigerian Idol was great), she backed this up when she released the little-known, non-Gospel song “The Moment” in 2012.

Many Nigerian Gospel artistes are not born again

Etisalat (Now 9Mobile) sponsored Nigerian Idol was first held in 2010. Yeka Onka won the show. Two years later, in 2012 the show returned with Charly Boy, Tiwa Savage, and IllRymz as judges. There were twelve contestants in all. By Sunday the 8th of April, 2012, there were just Joe Blue and Mercy as the last men standing, breaths held, hearts pounding, waiting for the winner. Then Etisalat Chairman Hakeem Bello-Osagie climbed the stage and called Mercy’s name as the winner and her life took a sharp turn.

Mercy Chinwo was supposed to get an SUV car and a cash prize of 7.5 million naira, and a 7.5 million naira recording contract. As of 2017, Mercy says she has not received a kobo nor a mic. ”As I speak to you, I am one-man standing. I am not in any record label, I am alone. I have to say the truth,” Mercy told the media.

As of the time of writing this in 2021, nothing has changed.

After winning Nigerian Idol Mercy Chinwo’s musical progression did not follow the immediacy of her triumph and for a couple of years, no one heard about her, then 2017 came and “Excess Love” happened. While “Excess Love” made her a household name, it wasn’t her first. Even if we discount the secular song “The Moment”, there is still “Testimony” from 2015.

While this song is little known, Chinwo’s well-known friendship with Owamumi whom she referred to as a mentor affirms the claims that her musical backgrounds were not laden with verses from Psalms and Ephesians. You can also argue that Mercy Chinwo was a hybrid, doing secular and gospel and waiting for the one that would blow her. She used to be backup singer for famous gospel acts such as Sammie Okposo, Buchi, and Preye.

See what Mercy Chinwo replied to the Silhouette Challenge

In 2020, Mercy Chinwo released another album titled “Satisfied” and fifteen songs long. Some of the songs in this album include a remix of “Excess Love”, “Oh Jesus”, “Akamdinelu”, “Udeme”, Baby Song”, “Onye”, “Na You Dey Reign”, “Tasted of Your Power”, “Kosi”, etc. With Mercy Chinwo, summary rarely works.

Mercy Chinwo is also an actor

After winning Nigeria Idol the next stop for Ms. Chinwo many thought would be the studio. She didn’t go that way. She went on the set of Yvonne Nelson produced Nigerian Ghanaian movie House of Gold also known as Family Runs. It was a star-studded movie directed by Pascal Amanfo with the producer Yvonne, Majid Michel and Francis Odega on the cast list. The film is unique in having musical stars on it as Omawumi and Ice Prince were part of the cast.

Not only did Mercy earn the name of an actor, but her performance also attracted a nomination for best music, original song in the 2013 edition of Ghana Music Award. She didn’t win the award but she made a firm statement. We could say Mercy Chinwo used to an actor of impressive repute.

Eezee Concepts is a fast-growing media house that promotes gospel music. She was signed up in September 2017. Recall that the act won Nigerian Idol in 2012 which comes with a 7.5 million naira recording contract, well, she didn’t get the contract and Etisalat as we knew it then is no more. So Mercy had been alone doing music outside of a record label. She told the media that she was a one-man show. Eezeette put a stop to this. He signed her to his record label.

And it wasn’t just pen and signature on paper, there were goodies such as a new car and a furnished apartment somewhere in the mix.

The belief that marriage is the crown of a woman is an age-long one. Today, we know this to be untrue but a large portion of the populace just can’t keep from asking who the husband of a famous woman is. It may be a question borne out of curiosity, or likeness for her, or to create matrimonial validation for her, whatever it may be, the quest has been online as far back as the period Chinwo became a household name.

Mercy Chinwo is not married. She is not in any relationship we know about. As far as we know (and we know pretty far enough), she is single and just doing her thing. As she is heading to 31, there are those who would ask, what is she waiting for? (since she is made). To them, the answer is a one-liner: It is not how soon but how well.