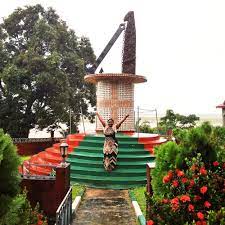 The Igboid group populating Delta State are referred to as the Anioma (People Of Good Land) people. There was another state request proposed as “Anioma State” comprising the Asaba and Agbor divisions of the old Midwest region. The then Military President Gen. Ibrahim Babangida recognized Delta state but chose “Asaba” a prominent town within the “Northwestern Lower Niger” as capital city as a form of compromise. Some would say that Asaba was chosen because a certain Aisha Babangida is from the place. While Anioma is not a full-fledged state, its peculiarity as a people whose souls could be found east of the Niger, they are important in Igbo discourse. Here are the top tourist centres In Anioma.

The Nana’s Palace built by Chief Nana Olomu of Ebrohim. He was a powerful 19th-century indigenous entrepreneur who traded with the British. The relationship eventually turned sour. Later, he surrendered (not without putting up a fight) and was exiled to Ghana. His personal effects are housed in this grand palace.  Chief Nana’s Palace.

Before heading to Chief Nana’s Palace, some helpful things to take along with you must include, cameras to capture sights and take selfies, writing material to take notes for reference purposes, Etc. Things you should necessarily do as a guest while at Chief Nana’s Palace includes seeing Chief Nana’s belonging and artifacts from that period and also learning about the Benin history which records are seen around. 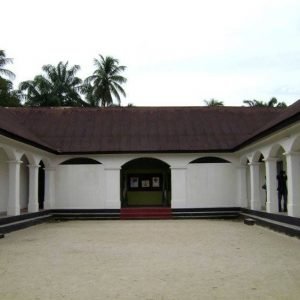 Nana Olomu was born into the Itsekiri community of Jakpa around 1852. He was a merchant who later became the fourth Itsekiri chief to hold the position of Governor of Benin River. Although born as “Eriomala”, he became known by his pet name “Nana”.

As a reflection of the grandeur of his achievements, Nana built this magnificent edifice at the turn of the century. It houses his personal effects and evidence of his contact with the Queen, administrators, and traders of the British Empire. This Palace has now become recognized and approved as one of the national monuments.

The River Ethiope is found in the Delta State of Nigeria. The River originates from a community called Umuaja and flows through several others before joining the sea at Sapele. The River is shared by four local government councils namely Ukwuani, Ethiope East, Okpe, and Sapele with an estimated population of 1.7 million people. The river is about 50km long. 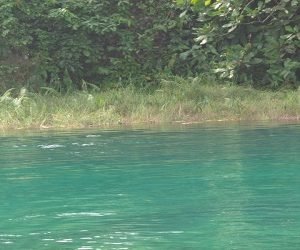 The River Ethiope is a river of outstanding beauty. It is one of the Seven Wonders of the World. It is home to the great biodiversity of plants and animals. The river provides ecosystem services such as flood control, climate change regulation, recreation, spiritual homage, water supply, food, research and education, medicine, building materials, etc to many communities through which it passes.

However, the ability of River Ethiope to continue to provide these ecosystem services to man and other living things is being seriously hampered as a result of development pressure and consequences of climate change driven by poverty, ignorance, and corruption.

Believed to be the deepest inland waterway in Africa, the River Ethiope, unlike sources of other rivers, originated from the foot of a giant silk-cotton tree at Umuaja in Ukwuani Local Government Area, Delta State and by the time it courses to Sapele through Abraka, it has become cavernous enough to harbor ocean-going vessels. Its center of attraction is uniqueness and its unnatural purity.

Moreso, a structure aimed at exploiting the tourism potential of the river source was built by the state government, the facility, under lock and key is yet to commence operation.

The Araya Bible Site houses a copy of the Holy Bible. It is believed that the bible descended to this spot miraculously from heaven around August 1914. 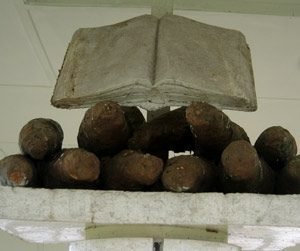 The bible dropped on rain-soaked yam and it didn’t get wet. The site now attracts thousands of Christians yearly, especially during the Easter period.  Access to it is easier during the dry season (October to April). Araya is in Isoko South Local Government Area and access is by road from Warri through Ughelli and Oleh or from Asaba through Kwale and Oleh to Araya. 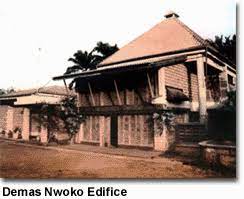 This house, created from traditional materials, designs, and construction techniques borrowed from the Igbo civilization and the Benin Empire, is a reflection of his unique craft. It has an impluvium at its centre that collects rainwater. The house is famous worldwide and is a favourite subject for students of twentieth-century neoclassical architecture.

The Mungo Park House is now the site of the National Museum, Asaba. The house was constructed by the Royal Niger Company (RNC) in 1886 and was used as a colonial administrative headquarters, a military house, the colonial administrative divisional headquarters, the RNC Constabulary building, and the seat of the Urban District Council at different times. The Kwale Game Reserve is located in the coastal part of Kwale in Delta State. 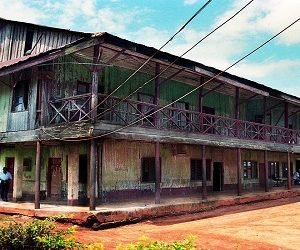 But one monument that makes it a cherished destination for most tourists is the elegant century-old edifice known as Mungo Park House, just a stone throw away from the architectural modern masterpiece of Grand Hotel: an amazing brief sequence of the old and the new.