The National Chairman of the African Democratic Congress (ADC), Chief Okeu Ralph Nwosu has reiterated the party’s resolve to take over from the outgoing Governor of Anambra State, Chief Willie Obiano even as the party said they are coming into the governance of the State to foster economic development, security and progress of the nation. 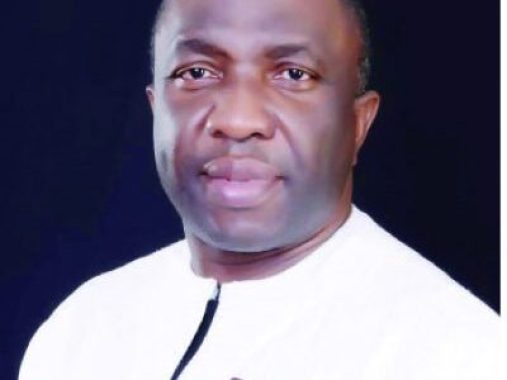 Nwosu made the pledge at the party’s national press conference during Congress and inauguration of the Anambra Global Vision in Awka last Saturday. He said the party had envisioned clear trajectories of development for all Nigerians.

However, Nwosu lamented that the country was weighed down by leadership ineptitude, elite opportunism, hypocrisy as well as citizen’s inertia.

“It is high time Nigerians supported ADC to change the ugly narratives rocking the country.
“We must deconstruct the perilous order and the current mercantile political adventurism that have eclipsed the geographical space that has the propensity to be one of the most peaceful super powers of the world,” Nwosu stated.

The National Chairman said the party would work towards making the Anambra a cosmopolitan hub to serve Africa and the world, if elected in the November governorship election.
.

He therefore, urged youths, women, persons with disability and other residents in the state to key into the party’s vision.

Earlier, the newly elected state chairman of the party, Comrade Patrick Obianyo, promised to enshrine an all inclusive leadership that would engender socio-political and economic growth of the party in the state.

Obianyo said the party was anchored on transparency, responsibility, innovation and guiding principles, called for the removal of inept leaders in the political space.
“Let us rise up to the challenge by excising the present circle of self-professed anarchic leaders, who have brought nothing short of agony, melancholy, wailing and other ills on the society,” he said.

Obianyo, who is also a former chairman of the Nigeria Labour Congress (NLC) in the state, said an ADC governor on seat of power would provide rapid and massive industrialisation, massive employment as well as economic and agricultural boom.

Anaedoonline.ng reports that the theme of the Congress was “ADC, Making Anambra State the Ijele (King of Masquerade) of Africa

Report further has it that three aspirants: Mr Afam Ezeokafor, Dr Ejike Eluogu and Mr Godwin Okoye have so far expressed interest in running for the November governorship election of the state.