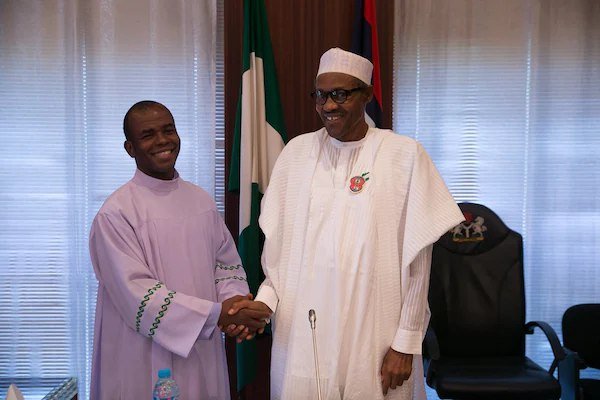 Fr Ejike Mbaka, the spiritual director of the Adoration Ministry, Enugu, Nigeria (AMEN), says heaven’s anger will descend on the Muhammadu Buhari administration if the government fights him. The controversial Catholic priest said this on Sunday, May 2, adding that he speaks against the government on behalf of the Nigerian masses. 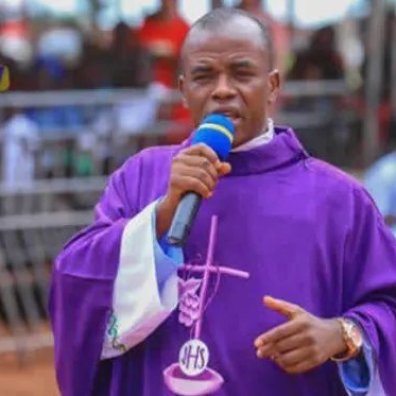 In his words “The last person this administration should fight is Father Mbaka because if they speak against me, the anger of heaven will be upon them and how they will end will shock everybody.

“So, when my children are crying I cannot be silent.”

Disaster lurking: Father Mbaka also prophesied that disaster was lurking in Nigeria. He warned his fellow clerics in the country not to make themselves not to join anybody to protect those killing the poor. He said Nigeria will remain insecure unless the government takes care of the youths by giving them jobs.

Relationship went sour: Father Mbaka used to be a darling of the Buhari-led government with unrestricted access to the villa until he recently called for the president’s resignation over Nigeria’s security crisis. The statement angered the presidency which later released a statement on the alleged reason why Mbaka who used to be President Buhari’s supporter suddenly became a staunch critic.

In the statement, presidential spokesman Garba Shehu alleged that Father Mbaka was asking President Buhari to resign or be impeached because the president refused to give him contracts. He claimed the cleric once demanded contracts as compensation for supporting Buhari to win the presidency.

Shehu claimed the presidency had exercised discretion by not revealing details of Mbaka’s request to save the cleric from criticism. He stated that the preacher’s verbal attacks on the president were because his requests for contracts were not granted.

Mbaka admits: Reacting to Shehu’s statement, Father Mbaka admitted that he led three men to meet with the president during his first tenure. He, however, explained that the men were security experts who had offered to help in solving Nigeria’s security challenges. The cleric further described the presidency’s allegations against him as childish and laughable.