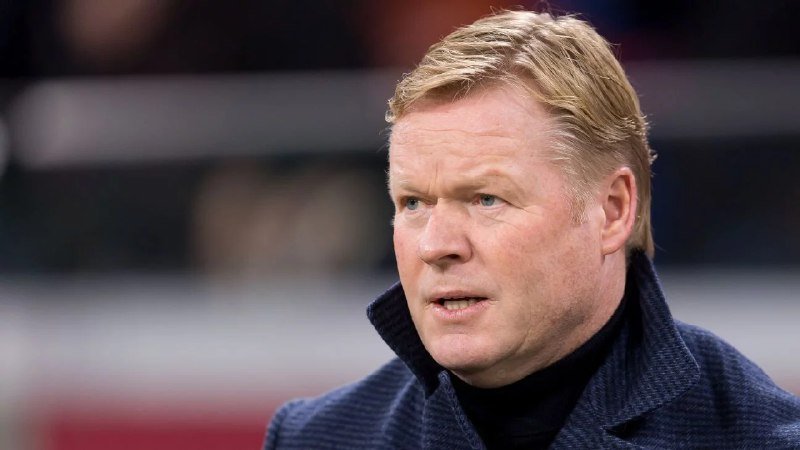 Barcelona President, Joan Laporta, is at the Camp Nou to discuss the future of head coach Ronald Koeman.

The President alongside other Board Members Mateu Alemany and Rafa Yuste are meeting on Tuesday afternoon to decide a possible extension or sack of the Dutch, according to Marca.

The decision of the three club heads will be later communicated to the Barca coach. The end of La Liga Santander was the worst bet for him to convince the board.

Koeman had squandered chances of finishing top of the Spanish league.

Barca finished third in the league and only lifted one major trophy, the Copa del Rey, trashing Athletic Bilbao 4-0 in Spanish Cup final.

Barcelona forward Lionel Messi described the club’s Copa del Rey win this season as a “turning point” for the club.

But that would be the only consolation prize for the Catalans Giants after they were kicked out of the Champions League by Paris Saint- Germain.

BAN ON OPEN GRAZING: Igbo Youths At War With Buhari