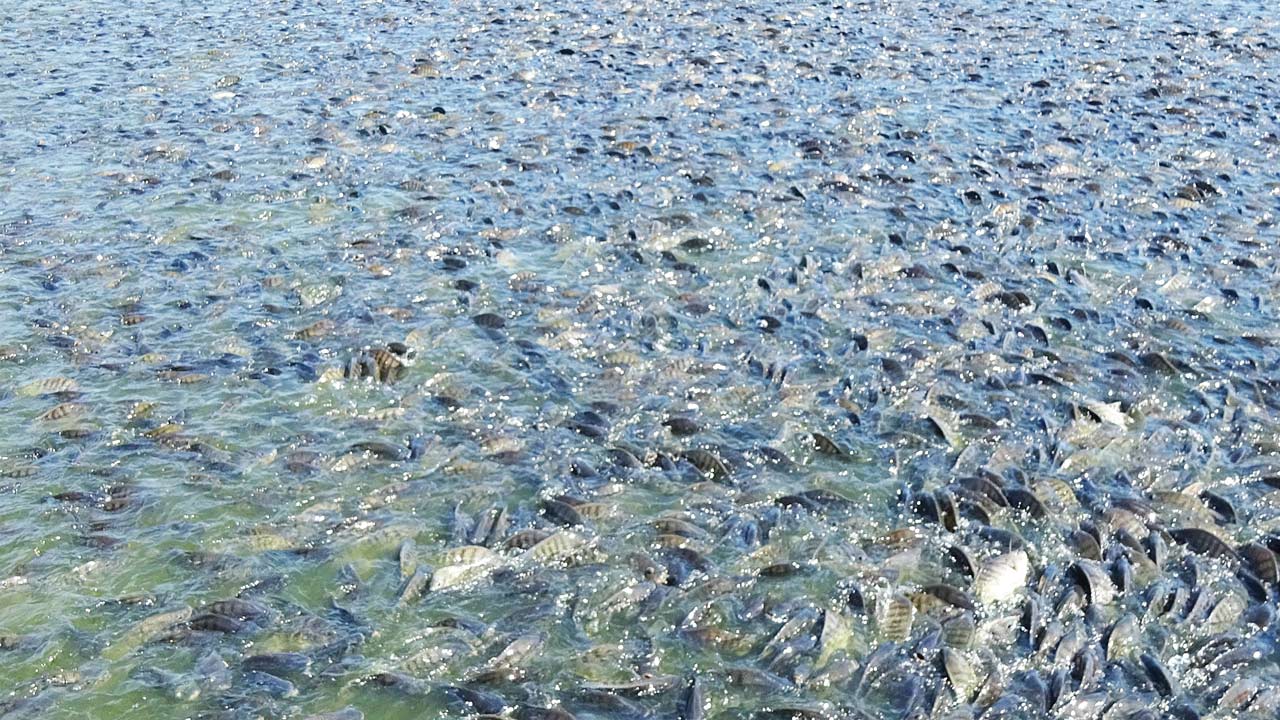 Some local fish farmers have hinted at their decision to shut down fish production to boost produce profitability and regulate their market.

The farmers stated their intentions on Monday in Lagos.

A fish farmer in Akwa Ibom state, Okon Amah, lamented how the increasing price of fish feed had grossly increased their cost of production.

According to him, the farmers in “other states in the nation will join their Oyo State counterparts, who have already begun the protest to regulate the prices of produce instead of allowing buyers to determine the price.

“We, the local fish farmers, are threatening to go on a nationwide strike because of poor fish prices due to increases in the cost of fish feed.

“This growing increase in the cost of fish feed is affecting the profitability and productivity of our local fish farmers hence the need for the strike.

“The fish farmers in Oyo have embarked on a strike for us to be the sole determinants of the prices of our products, but others are yet to join in the strike.

“Other states like Lagos and Delta states are gearing up to join them to boost profitability, as the cost of fish feed keeps increasing,” Mr Amah said, adding that most middlemen in the fish sector want the farmers to sell at low prices, while they continue to sell at a higher price.

He said that the buyers seemed to have a stronger voice in determining fish prices, hence fish farmers need to come together with one voice to determine the price.

On his part, Chukwuyere Ekeledo of Magnicial farms, Owerri, Imo state noted that the farmers were planning a protest strike because of the incessant increases in the price of fish feed.

“Every other week we have observed increases in the price of fish feed, so we farmers also want to increase the prices of fish.

“We are not enjoying the profit or business aspect of fish farming. We concentrated on production so far but our buyers have built a formidable market for themselves.

“Local fish farmers and their middlemen need to meet together and reach an understanding in determining the price of fish from farms.

“Although we may incur some extra cost if we embark on the protest because of the continuous feeding of our fish without sale, it is a risk we need to take.

Very Sad! Gunmen Kill A Lecturer Engaging In Taxi Services To Feed His Family In Ebonyi

“The strike is a sacrifice we are making so everybody will be carried along. If only one side of the value chain is happy with sales and the other is not, the aquaculture sector will not grow.

“Whether the middlemen or consumers will be able to accept this price increment is another issue. It is a very pathetic situation for local fish farmers presently,” Mr Ekeledo said.

Mr Lai Mustapha, a fish farmer in Lagos state, said the strike was a welcome idea as it would help fish farmers rein in the market in their favour.

“The proposed protest strike of local fish farmers is a welcome idea. It will help us determine the price of our produce, although only farmers in Oyo State have embarked on the strike.

“I encourage farmers to speak with one voice and make sacrifices that will help boost our trade. Other fish farmers in other states should take a cue from their Oyo State counterparts.

“These fish sellers just come up with their prices at the detriment of the farmers. The cost of production is soaring, so local farmers must determine the price of fish,” Mr Mustapha said.

JUST IN: Okorocha Calls Out Uzodinma Over Suspension By APC NWC

Are They Back?: Unknown Gunmen Kill Three Policemen, Two Others In Anambra