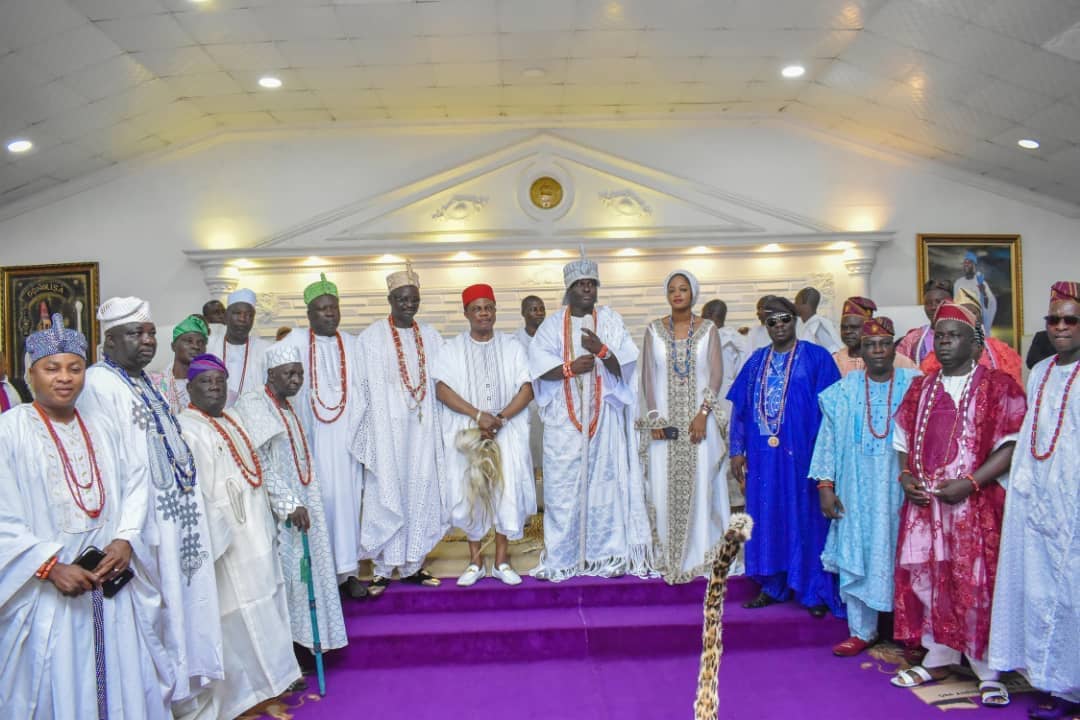 The Ooni of Ife, Oba Adeyeye Ogunwusi on Tuesday met with some prominent Southwest leaders met behind closed doors over the arrest of Sunday Adeyemo alias Sunday Igboho.

Confirming the meeting, Deputy Chairman, Oyo State Council of Obas, Oba Francis Alao said the meeting was originally convened to discuss national developments but had to delve into Igboho’s arrest,

JUST IN: Sunday Igboho Has Been Set Free

“The essence of our meeting is a call by the Ooni of Ife, Oba Adeyeye Ogunwusi that we need to come back to our roots and do things the way we use to do it successfully,” he told TheNation.

“A lot of things have gone wrong in the last few years in this country, politically, economically, socially, and we want to put things in the right perspective, that is the essence of this meeting. “Coincidentally, Sunday Igboho was part of what was discussed. We did not ignore the issue but it was not the main issue we discussed.

“We need to be at the forefront of what is happening in this country? We are going to make wider consultations whereby individuals, groups, and others will be carried along to put things in the right direction.

“We cut across the Southwest states at the meeting. We are going to make wider consultations with monarchs. It is time for us to get it right.”

Anaedoonline.ng had earlier reported that Sunday Igboho was arrested in Cotonou, Benin Republic.

He was arrested at the Cotonou Cadjehoun Airport on Monday night while attempting to flee to Germany, a top source familiar with the matter revealed.

Igboho was arrested by the security forces in Benin Republic about three weeks after the Department of State Services declared him wanted for allegedly stockpiling arms, an allegation he has since denied.

Recall that Nigeria’s federal government had placed Igboho on the stop-list in order to facilitate his arrest and directed the security agencies to apprehend him when found.

How I Made My First Million After NYSC – Obi Cubana