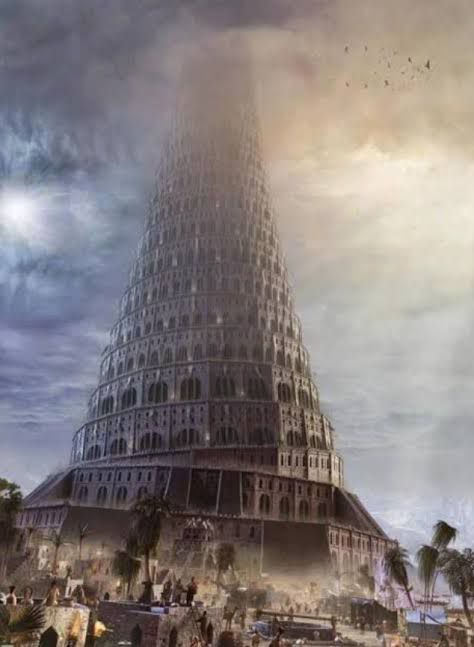 The tower of Babel is a biblical symbolic tower that describes the reason for the different languages and races in the world today.

The Bible account of how human race decided to built a tower that will get to heaven and live together in one powerful building contrary to God’s will was said to be sited in Babel.

The human race came to the land of Shinar, there they confounded among themselves that they will build a city tall enough to reach heaven. When God saw what they were doing, God sent an angel and scattered their Languages, thereby making them to spread around the world.

According to Wikipedia, the tower of Babel existed in the days of the ancient city of Babel, which today is described by historians to be in the nation of Iraq.

According to the bible, there are no clear explanations of what happened to the tower of Babel after the human race was scattered due to the confusion of their languages, but in other sources such as the book of Jubilees (Chapter 10 vs 18-27) , Cornelius Alexander (Frags. 10), Abydenus (Frags 5 and 6), Josephus (Antiquities 1.4.3) and Sibyllines Oracle’s (iii. 117-129) the tower was said to have been overturn by a great wind and the top of the tower was said to have been burnt by fire, the bottom was swallowed and the middle was left to wash away overtime.