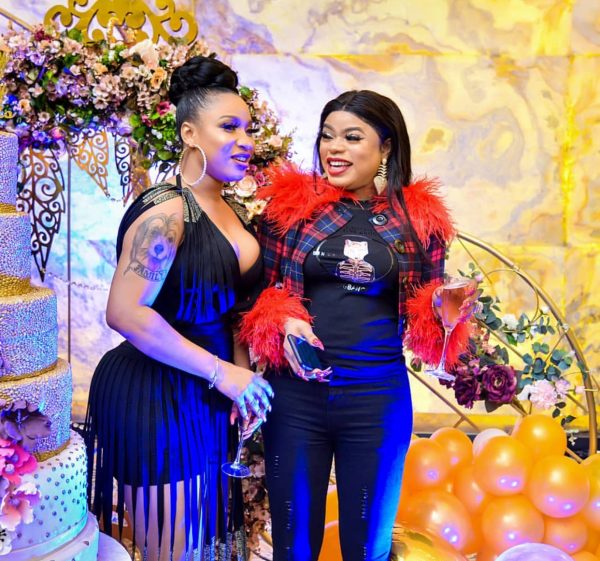 The controversial actor took to his Instagram page to reveal that some pastors told Tonto to stay away from Bobrisky because he was drawing her back spiritually.

He also said that Tonto never asked Bobrisky to insult Rosy Meur and he did that simply because he wanted to keep impressing Tonto even though she was avoiding him.

Maduagwu also said Tonto stood by Bobrisky when other celebrities were avoiding him and if his recent actions were the appreciation he should offer in return for her good deeds to him.

Naija News recalls that Bobrisky had called Tonto Dikeh out amidst her recent scandal with former boyfriend, Prince Kpokpogri.

The crossdresser accused Tonto of owing her the sum of five million naira and revealed how he stood by Tonto when she allegedly got arrested in Dubai.

Bobrisky went ahead to describe Tonto as heartless for picking a fight with him while she was owing him. He also asked her supporters to pay back the money.