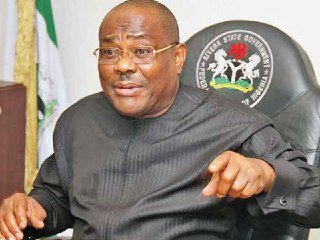 Governor Nyesom Wike of Rivers State has knocked the Senate for ordering political parties to adopt the direct primary for picking candidates for elections.

Anaedoonline.ng reports that the Red Chamber on Tuesday approved that all political parties must use the direct primary for the election of candidates.

In an interview with reporters on Wednesday in Port Harcourt, the state capital, Wike asked the legislators not to decide for political parties, the method to be adopted in selecting candidates.

The governor stated that parties could adopt a procedure in electing their candidates and not for the National Assembly to decide for them.

Wike, while noting that Nigeria practices democracy, said the mode of primary should be at the discretion of political parties.

The governor stated that the electronic transmission of results will reduce electoral fraud, apathy and election litigations.

“If any politician believes that he or she has done well for the people, you will know that that politician will not be afraid and will say ‘whichever way you want to transmit the result, I am available for it but I want it to be transparent.

“I want people to have confidence in the electoral system to help INEC so that nobody goes to attack INEC officials.”