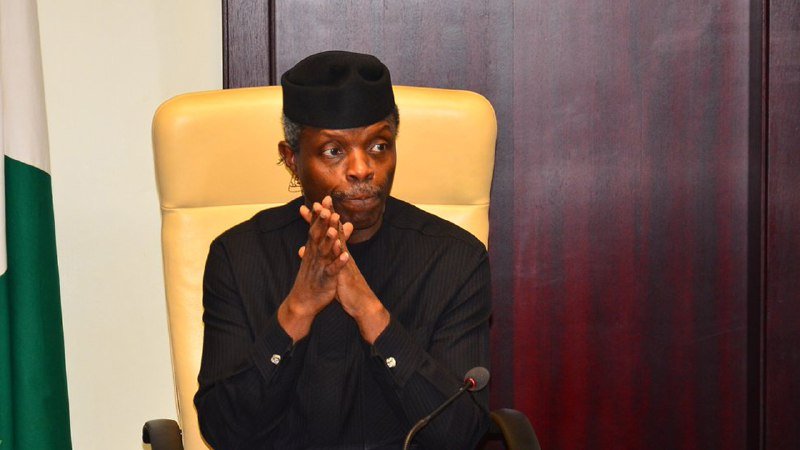 The Vice President of Nigeria, Yemi Osinbajo, on Thursday stated that poverty will be on the rise if the country breaks up.

Osinbajo made this claim while receiving a delegation of the Muhammadu Buhari Osinbajo (MBO) Dynamic Support Group at the Presidential Villa, Abuja.

Osinbajo in a statement released by his spokesman, Laolu Akande emphasized the need for the country to remain united.

He said: “We must never relent in ensuring that we keep to the ideals of the country and we don’t lose sight of what we are trying to achieve here.

“Mr President has always remained steadfast and focused on resolving the problems of the country beginning with security… he is a steady hand, he is unflappable, he is not panicky, he is focused and looking at the security issues every day, and trying to advance the best possible solutions.

“People who suggest that the country breaks up, whatever may be the reason for their views, are certainly not correct and we must say so to them at every turn.

Obasanjo Kicks Against Secession – ‘If Nigeria Breaks Up, Minority Groups Will Suffer’

He said it was wrong “for a country that is the largest economy in Africa and definitely going to be one of the largest economies in the world, to start thinking in terms of fragmenting itself. If you fragment, the problems are going to multiply, poverty will multiply.”

2023: After Snub By Tinubu In London, Osinbajo Makes Decision On 2023 Presidency