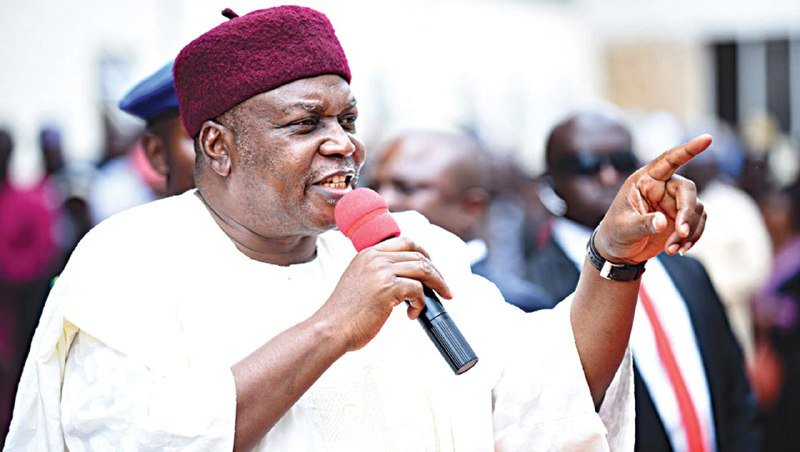 The Taraba State Governor, Darius Ishaku has raised an alarm about alleged plans by terrorists to set up a base in the state.

The Governor raised the alarm on Thursday in Jalingo, the state capital during the signing of the N149bn 2022 budget for the state into law.

Ishaku claimed his allegation is based on credible intelligence while stating that his government will continue to make security issues a matter of priority.

He also warned that any traditional ruler that disobeys his instruction and allows suspicious strangers to settle in their domains risks being removed.

“I have credible intelligence that terrorists are trying to set up a camp in Taraba. The traditional rulers have a responsibility to report any suspicious movement and expose the plans of the terrorists to camp in their domain.”

Anaedoonline.ng recalls the Governor on Tuesday met with President Muhammadu Buhari at the Aso Rock Villa in Abuja.

Revealing the details of his meeting with the President during an interview with Channels TV, Governor Ishaku said he requested assistance from the federal government to tackle security and other developmental issues in the state.

Ishaku said he told the President that the establishment of permanent military bases along Taraba’s border with Cameroon is the only solution to the killing of innocent Nigerians by Ambazonia militants.

The governor added that the permanent stationing of troops along the border will stop the militants from regularly entering communities in Taraba and killing unarmed civilians.