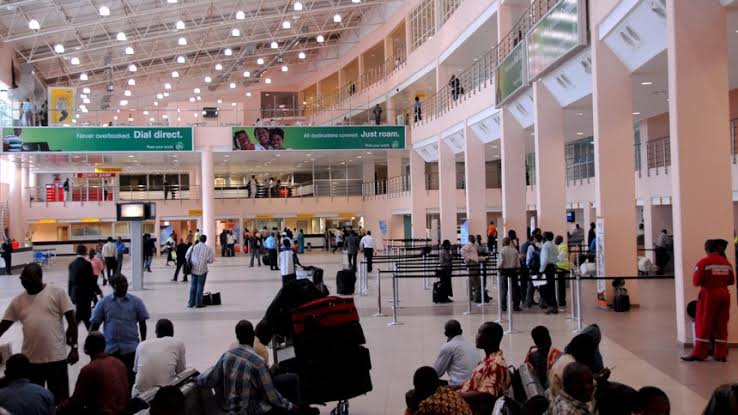 The 75-year-old man whose identity is yet unknown died at the Murtala Muhammed International Airport, Lagos State after returning from the US.

According to reports, the man was found dead shortly after the Delta Air aircraft touched down and taxied to the avio bridge from where he was expected to disembark and move into the airport terminal.

He was however unresponsive after efforts to wake him up to disembark from the plane failed.

He was certified dead by medical personnel and his body was deposited in a hospital morgue for his family members to pick.

The cause of his death is not yet known.

Man Traveling For Xmas Collapses In Aba, Suspected To Be Dead (Video)