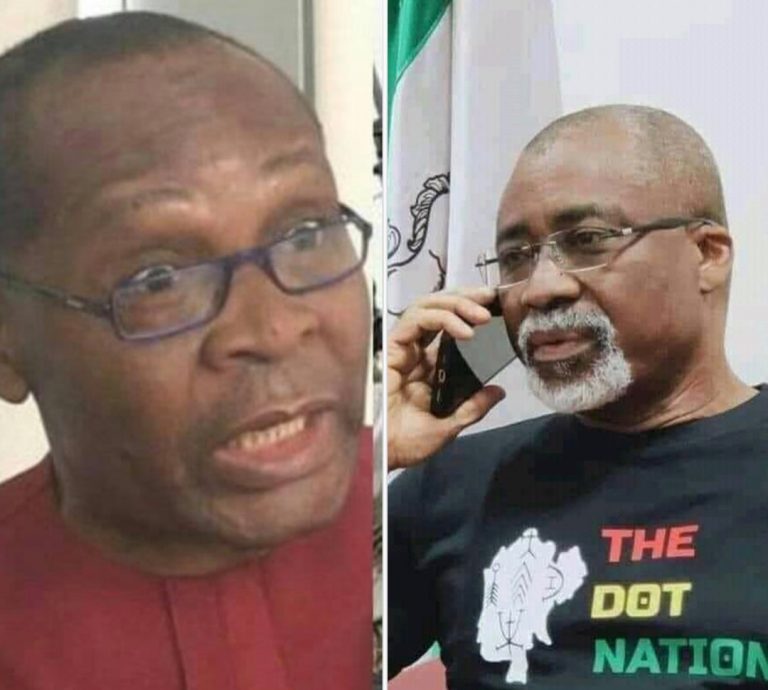 The former Lagos State spokesperson of the All Progressives Congress, APC, Joe Igbokwe is under fire for criticizing Senator Enyinnaya Abaribe for declaring his interest to run for the upcoming governorship election in Abia state.

Anaedoonline.ng learnt that Joe Igbokwe recently noted that no one supporting IPOB can become governor in Igboland, adding that such ideology would never be supported.

He stressed that if Enyinnaya Abaribe succeeds, Abia state will become the headquarters of terrorism in Igbo land.

“Senator Enyinnaya Abaribe is trying so hard to gain favour and popularity using IPOB terrorists as backup to enter Abia State government house as a governor, but that will never happen in our land.”

“Anybody supporting a terrorist organization can never ever become a governor in Igbo land. We will never support such ideology because if eventually he succeeds, Abia State will become the headquarters of terrorists in Igboland because he supports and pampers them alot.”

“That Governorship position he’s gunning for will definitely elude him. Although APC is taking over the state come 2023 because we have all it takes to govern Abia State for the better.”

“He can contest as many times as possible but i tell you, he will fail woefully and will receive the highest humiliation and disgrace of his life.”

However, the APC chieftain was slammed on social media for making such utterances.

Some of the reactions below; CAN Reacts Over Invasion Of Anglican Church To Arrest Uche Nwosu

APC Will Teach Nigerians A Lesson In 2023 – Joe Igbokwe