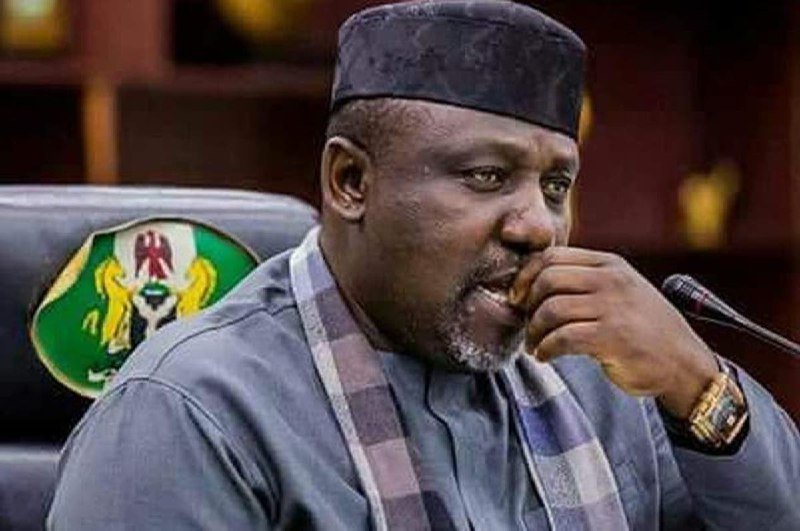 The former Governor of Imo State, Senator Rochas Okorocha has accused his successor, Governor Hope Uzodinma, of being behind unknown gunmen ravaging the state.

Anaedoonline.ng understands that the Senator representing Imo West made this claims On Tuesday in an interview with Channels TV.

According to Okorocha, “It appears to me as though the misery behind unknown gunmen has been unravelled by recent happenings.”

The former governor also noted that the unknown gunmen were a set of rogue police officers working without the consent of the police authorities but get their instructions from Mr Uzodinma and his Chief Security Officer.

“They get instruction from the government led by Hope Uzodinma and his CSO Shaba to go and arrest people, lock them up at will and sometimes the whereabouts of these people are unknown.

“Something is now unravelled. That is the good news about this,” Mr Okorocha said.

Meanwhile, a video of a criminal suspect alleging that Rochas Okorocha and his son-in-law, Uche Nwosu are responsible for the attacks in Imo state has surfaced online.

Recall that Anaedoonline.ng earlier reported that Nwosu was arrested on Sunday, December 26 during his late mother thanksgiving service at St Peter’s Anglican Church, Eziama Obieri in the Nkwerre Local Government Area of the state.

Twenty-four hours after his arrest the police set him free.

In the recently released video which has now gone viral, the suspect accused Nwosu, Okorocha’s former Chief of Staff, of giving money to his gang to attack Imo state.

See How Much Dollar Exchange To Naira Today 29 December 2021