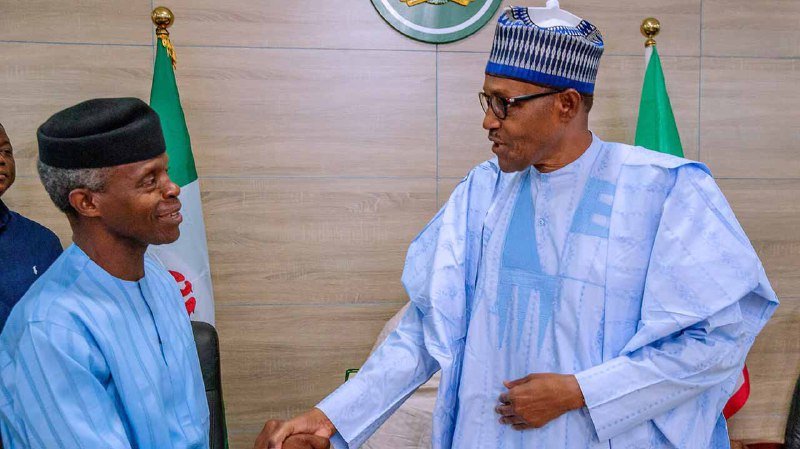 Despite the alleged presidential ambition of Bola Ahmed Tinubu, his protégé, Vice President Yemi Osinbajo has reportedly told President Muhammadu Buhari he wants to succeed him in 2023.

Tinubu, the national leader of the All Progressives Congress, APC, is reportedly working underground and creating alliances before a formal declaration for the nation’s number one seat.

But Peoples Gazette reports that Osinbajo, during a visit to Buhari on New Year’s Day, sought the blessing of his principal who did not make immediate commitments.

“The Vice-President did not want to go into the election year by hiding a plan which the president had probably already known about,” a national security aide disclosed on Monday night.

“He knew that an immediate endorsement of the president, on the other hand, may not be so easy to come by,” he added.

According to officials, Osinbajo told the president that he was not looking to ambush and railroad him into endorsing him.

“But he would continue to make efforts to see if he could get the president’s backing nonetheless,” the source added.

However, VP Osinbajo’s chance of getting the presidential ticket of the APC looks complicated after an audio emerged where he was heard talking about succeeding Buhari.

According to a source, the vice president was allegedly recorded discussing how Buhari was not likely to make it through his presidency, gloating about how he would end up succeeding him.

“The president has been in possession of an audio recording of the vice-president talking about how he will gain power in the manner similar to Goodluck Jonathan’s fluke,” another senior presidency official told Peoples Gazzette. “That is why most of us loyal to the president are not supporting the vice-president’s ambition.”

“The president told some of us to consider our political interest individually,” the source added. “But we all know his body language since he listened to the tape has been more than clear.”

Confirming the existence of the leaked audio, another presidency source denied that the VP wished death on the president so he could take over.