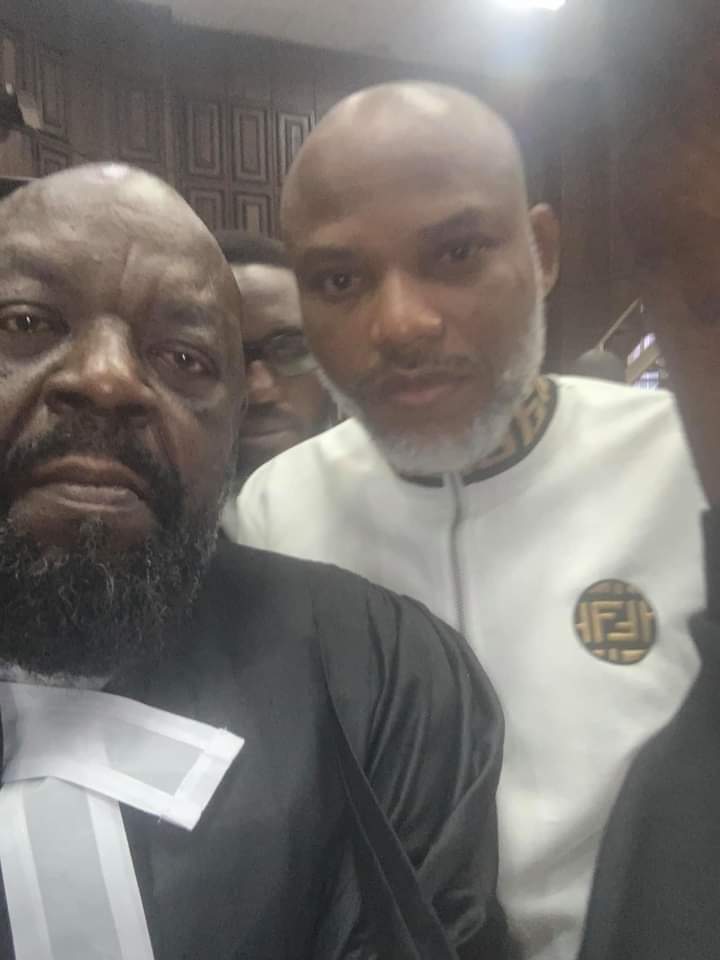 Aloy Ejimakor, special counsel to Nnamdi Kanu, leader of the Indigenous People of Biafra, IPOB, on Friday reacted to President Muhammadu Buhari’s remark on the call for the secessionist’s release.

Speaking with Newsmen, Ejimakor expressed hope that Buhari will someday be held accountable for his comment to allow the judiciary to decide Kanu’s matter.

Recall that Buhari had ruled out the possibility of a political solution to Kanu’s matter.

Before FG Dialogue With Nnamdi Kanu, This Is What They Should Do – Barr. Alloy Ejimakor

Buhari, who said Kanu can’t be released, assured that he won’t interfere with the judiciary over the trial of the agitator.

This followed a call by some Igbo elders, led by former Aviation Minister, Mbazulike Amaechi, that the president should consider the release of the IPOB leader.

However, Ejimakor said Buhari’s latest remark had dimmed the possibility of Kanu’s release.

According to Ejimakor: “Buhari’s remarks on releasing Nnamdi Kanu is two-faceted. Whereas he appeared to have dimmed the prospects of an executive decision to release Kanu, he also stated that he has left it to the judiciary to decide.

“Buhari is therefore saying that he will respect and implement any judicial decision on Kanu, including an order for his release. This is not the first time he had said such a thing. He said it to Chief Mbazulike Amaechi when he made such a request two months ago.

IPOB Lawyer: Court Must Do This Before Nnamdi Kanu’s Trial Will Continue

“I hope a day will come, sooner than later, when Buhari will be held to his commitment and promise to respect any judicial decision on the Kanu matter, whether it is bail, mistrial or outright unconditional release.”