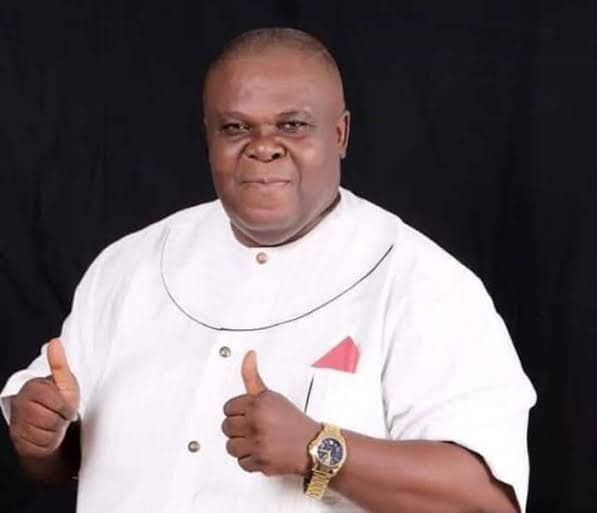 A trending video has shown a member of the Imo State House of Assembly, Chiji Collins getting angry after a member of his constituent challenged him for non-performance.

Anaedoonline.ng understands Collins represents Isiala Mbano constituency in the Imo State House of Assembly and was once the Speaker of the Assembly.

It is understood that during a campaign meeting with stakeholders, the lawmaker was told by a member of his constituency that he doesn’t deserve another term as their representative because he hasn’t done anything of benefit for them during his time in the Assembly.

“The last campaign he went for at honourable Onugadi’s house, he was making a speech that day, and I stood up and asked him, you’ve served for four years but did not do anything for Eziaba.”

“I asked him if he forgot something at the government house, and he replied that he forgot his pant, and so I told him to step down because he hasn’t done anything for Eziaba,” the young man in the video said.

However, the statement angered Collins as he stood up while the young man was still speaking and tried to get him to keep quiet but the man refused, resulting in a kind of shouting match.

Others with the lawmaker on the ‘high table’ were trying to calm him down but all entreaties fell on deaf ears and he suddenly got up and overturned the table before him spilling the content including the kola nut for the meeting on the ground.

At this point, others with him had to restrain him and bring the situation under control.

Watch the video below as shared on the micro-blogging site, Twitter by a person with the username @emmaikumeh.

WAHALA: Lagos Govt Set To Shut Down Schools, See Why