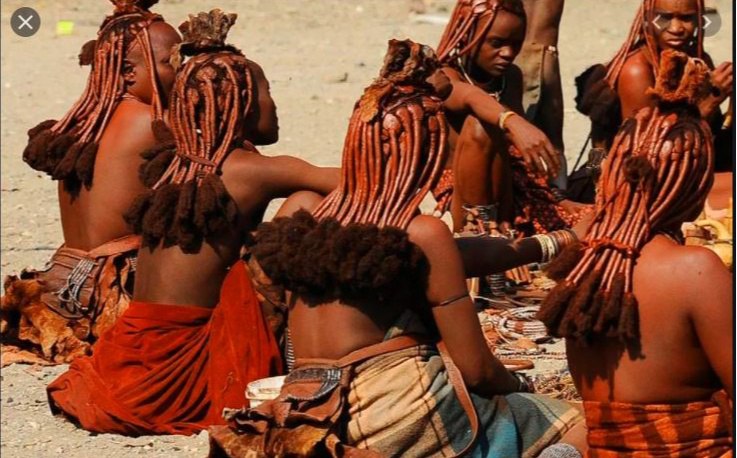 The Himba tribe otherwise know as the Orahimba tribe are indigenous peoples with an estimated population of about 50,000 people living in northern Namibia, in the Kunene Region and on the other side of the Kunene River in southern Angola.

They have over the years held firmly to their cultural beliefs. They defied western influence and upheld culture practice that many find absurd.

The people of Himba have a practice called “Okujapisa Omukazendu” meaning offering wife to the guest. It is a practice where a man allows his guest to sleep with his wife on the night of his visit as a sign of excitement or joy over the visit.

On this night the husband has to sleep in a separate Hut. In a situation whereby there is no available Hut, the husband sleeps outside.

Polygamy is also a common practice among the Himba tribe.

The people also do not take their baths with water. This is because of the harsh climate situation in the region. Instead, they make use of the red Ochre on their skin and then make use of a daily smoke bath in order 5o maintain their hygiene. This doesn’t not make them less pretty.

The people are friendly to strangers and visitors but will not allow interference in their culture.

Can you offer your partner to your visitor for a night?