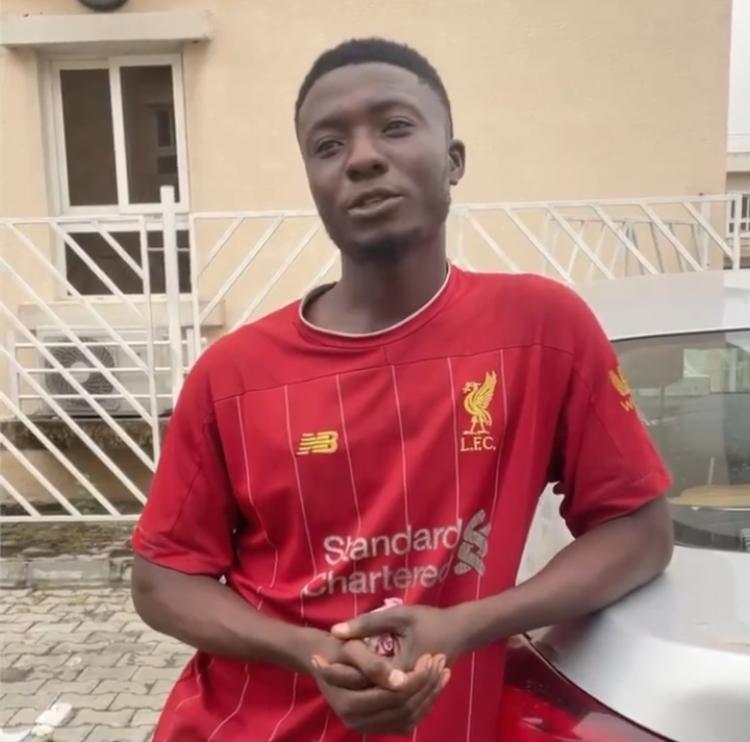 Traffic hawker narrates reasons for giving out of his little returns to prisoners as captured in a viral video that captivated the heart of many.

In a viral video, a traffic hawker was spotted along Ajah axis of Lagos giving money to prisoners who are being transported in a truck.

The act of kidness generated massive attention on the internet space which landed the young man an interview with a journalist who questioned the reason for his action.

According to the traffic hawker, unlike the prisoners, he is privileged with freedom, which was his sole reason of giving to them.

“I gave the prisoners money out of pity, Though I am very poor and sell pure water, I still have my Freedom, I can eat whatever I want to eat and go anywhere I want to go, but the prisoners do not have that freedom,” he said.

Watch the videos below…