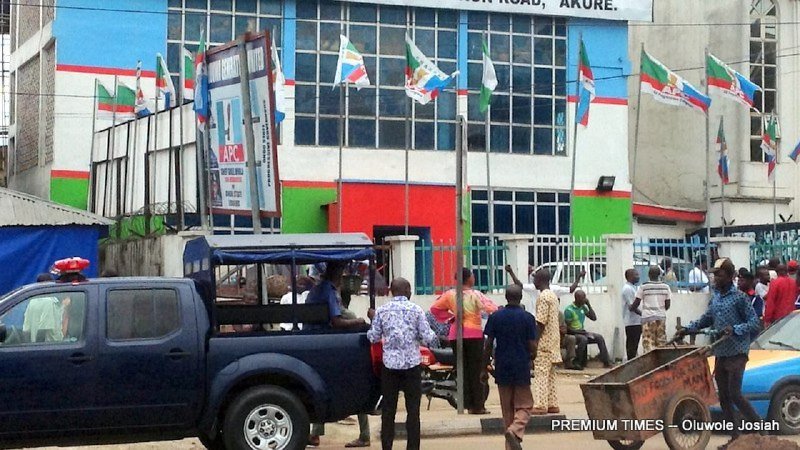 Police operatives on Wednesday took over the National Secretariat of the ruling All Progressives Congress, APC in Abuja.

Anaedoonline.ng reports that security operatives were seen in strategic places along Blantyre Street where the secretariat is located to stop any breakdown of law and order.

A party source told reporters that the policemen were brought in to dissuade anyone that want to cause trouble ahead of the national convention scheduled for February 26.

He disclosed that the police presence was to forestall any violence during the composition of sub-committees for the party’s convention.

“This is more like a routine. It is to inspire confidence in those who transact businesses with us, including those of you in the media who come here (secretariat) every day.

“As you know, we also work based on intelligence. There will be several meetings on the composition of sub-committees for the national convention and there is a need to ensure that our property, staff and visitors are guaranteed foolproof security,” the source said.

According to reporters, the EFCC invited the AMCON boss to its headquarters in Abuja over alleged assets diversion and selling of seized assets to cronies at below value prices.

The news platform reported that Kuru was quizzed after he sold the assets worth billions of naira belonging to Atlantic.

A source in the EFCC told the platform that Atlantic was accused of loan default with Skye Bank and properties in collateral were seized while the action was instituted in court.

With the pendency of the court case, Kuru proceeded to sell the properties in dispute at a price far below the prevailing market value.

However, the source said the AMCON boss spent the night in the EFCC custody and he is still undergoing interrogation.