Wike Distances Self from Purported Run with Atiku

Rivers state governor, Barr. Nyesom Ezenwo Wike, has distanced himself from the rumours of him being picked by former vice president, Alhaji Atiku Abubakar, as his running mate.

According to the former federal minister, the plan on “who runs with who” is yet to be decided, as the members of the party (People’s Democratic Party), especially from the south are yet to meet.

WHAT ATIKU SAID ABOUT HIS RUNNING MATE, PETER OBI

The legal luminary stated this while speaking at stakeholders meeting of the major oppostion party, PDP, held in Port Harcourt, which had in attendance lawmakers, state and local government officials of the party. 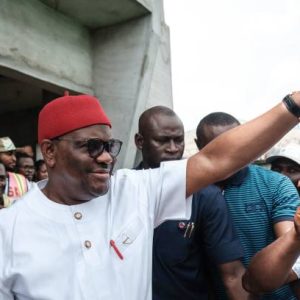 Reports have earlier inundated the the media, claiming that that the former Customs boss decide to pick Wike following his 2019 running mate, Peter Obi’s unwillingness to spend money during campaigns.

Governor Wike also explained that the party will also retain the governorship seat in the state.

2023: Minimum Qualification For President Set To Be Increased