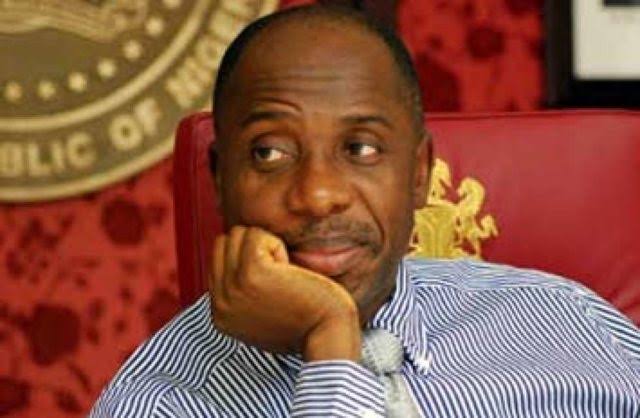 The National Youth Council of Nigeria (NYCN) has given Chibuike Amaechi, the Minister of Transportation, a 48-hour deadline to quit or face being fired by President Muhammadu Buhari.

According to the organization, the Minister declared his desire to run for President in 2023 while openly dancing on the graves of the Abuja-Kaduna train victims.

They also accused the former governor of honoring victims abducted and maimed by daring terrorists during the deadly attack on the Kaduna-bound train.

“Sadly, however, the event of Saturday April 9, 2022, in Port Harcourt points unequivocally in that direction as far as his true character is concerned.

“Since the only important thing in this country to him is his aspiration for the Presidency, he should, therefore, vacate the Ministry of Transportation before worse disasters hit us.

“Amaechi should resign within the next 48 hours or President Muhammadu Buhari should sack him as a mark of respect for the dead, who he deliberately or unwittingly desecrated,” the group said.

This was part of a communiqué issued by the President of NYCN, Solomon Adodo, after the group’s emergency meeting held on Monday in Abuja.

The NYCN said it has nothing against Amaechi’s aspiration to become President of Nigeria but frowned on the minister’s actions, which they described as unconscionable, condemnable, reprehensible, irresponsible, distasteful and disgraceful.

2023: NYCN Asks Buhari To Back Goodluck Jonathan For President

The group pointed out that running around the Port Harcourt Stadium alone was tantamount to dancing on the graves of the victims of the Abuja-Kaduna train attack, and celebrating the pains of the abducted and the wounded.

2023: Osinbajo Will Never Be President – Primate Ayodele Reveals Why