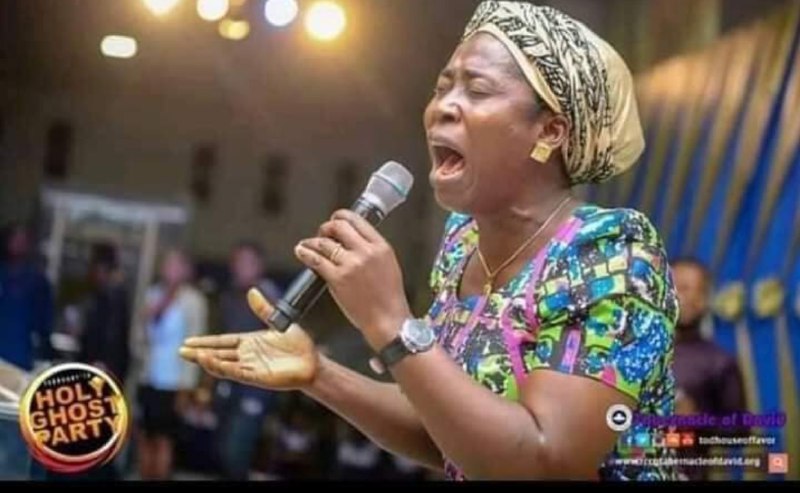 The Abuja police command paid a visit to the late gospel musician Osinachi Nwachukwu’s apartment in the Lugbe area of the Federal Capital Territory on Tuesday.

According to reports, the deceased’s husband, Peter, was brought to the residence in handcuffs while the police investigation into Osinachi’s death continues.

Osinachi died in an unidentified hospital on Friday, according to Anaedoonline.ng.

The spouse, on the other hand, was apprehended when the gospel singer’s younger brother complained to the Lugbe Police Division.

On Monday, the case was transferred from the police division to the Department of State Criminal Investigation and Intelligence.

“Osinachi’s husband was taken home today (Tuesday) in handcuffs to offer proof to back his accusations,” a source told Newsmen.

“He was brought home because he insisted that he did not kill her. He said his late wife was sick and he took her to different hospitals, including the Gwagwalada teaching hospital for treatment. They brought him to provide what he could use to substantiate his claims.”

The development was confirmed by the FCT spokesperson, Josephine Adeh, who confirmed that the police were at the house.

She said, “We went to his house as part of our ongoing investigation on the matter. You don’t expect us to keep him in our custody and go about with the investigation.”

LATEST: Why Nigeria Needs Me As Next President – Bola Tinubu