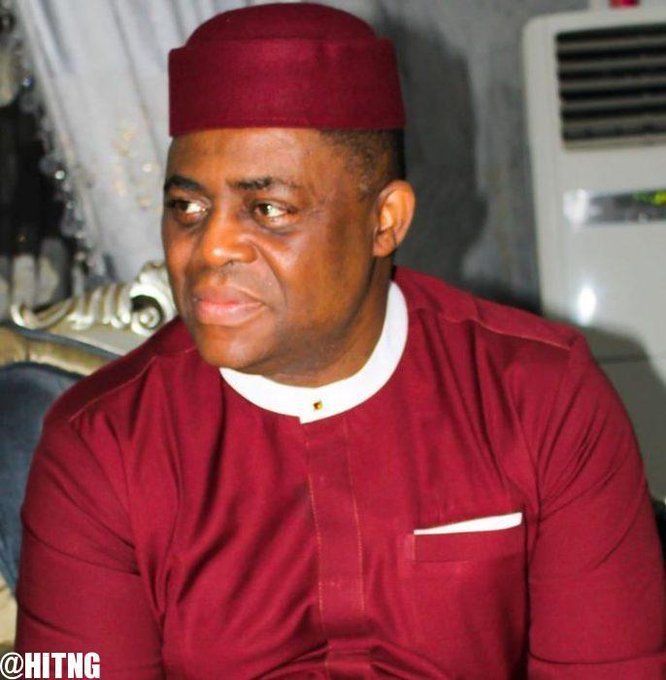 Former Minister of Aviation and member of the All Progressives Congress, APC, Femi Fani-Kayode, has stated that he will no longer remain silent because of politics and watch impunity persist in Nigeria.

In a flurry of tweets on Thursday night, Fani-Kayode stated that he owed the painful truth to Nigerians and government officials.

The former minister, who was a vocal opponent of the present administration before joining the governing party, was responding to the recent atrocities in Benue and Plateau States.

He said that the Buhari government has just a few months remaining to put an end to what he called “this craziness” and war crimes against humanity.

The former chieftain of the Peoples Democratic Party, PDP, said the government must find a way to end the genocide, unprecedented terror and hardship unleashed against the people of the country by the terrorists before leaving office.

“Today we must set politics aside and speak the bitter truth. 100 murdered in cold blood in Plateau State and 25 butchered in Benue by terrorists. This is disgraceful, indefensible and unacceptable,” he tweeted

The former minister wondered how much longer Nigerians can put up with the incessant bloodletting, kidnappings and maiming of innocent citizens while government only issues statements.

Fani-Kayode wondered how many more Nigerians will die before citizens cultivate a sense of national outrage.

THE PERFIDIOUS TALES ABOUT IFEANYI UGWUANYI By Fani Kayode

“When will our people and Government say ‘enough is enough!’ Do we have any self-respect and pride?

“These are NIGERIANS that are being butchered!!! Our very own people and our very own compatriots!!! When will something be done to stop the wholesale carnage?

“We have endured the pain and shame in silence for far too long, hoping and praying that the authorities will rise up to the occasion and that things will change for the better. Sadly things appear to be getting worse.

“We cannot sit back and watch silently anymore as our compatriots are being cut short by a bunch of ruthless, vicious, evil and savage militias made up of primarily foreign barbarians and bloodthirsty bandits. The FG has an obligation before God and the Nigerian people to do far more.

JUST IN: Fani-Kayode Set To Dump PDP For APC

“They must empower our security and intelligence agencies, give them the green light and stop holding them back,” he said.

The former minister said that the government must take actions without further delay and must fish out those criminals wherever they are and stop acting as if the killers were being treated with kid gloves.

“Anything short of that would be a monumental failure on their part and a deep insult and spiritual wound to the Nigerian people. There is no honor or decency in showing restraint before those that kill innocent men, women and children.

“There is no decency in treating those that seek to wipe out our people with kid gloves. They deserve to be sent to their maker in the most brutal and decisive manner and we demand no less from the Federal Government,” he said.

There are reports that the Berom people of Plateau State have lost over 11, 000 of their indigenes as a result of the killings going on in their communities for over two decades.

Fulani militias are said to have also sacked thousands of people from 68 villages and communities, and occupied the places.

A recent report has it that more than 6,000 persons were displaced following attacks carried out by suspected terrorists in Kanam Local Government Area of Plateau State and that majority of the people were currently taking refuge in markets and primary schools.

The suspected terrorists had invaded about seven communities in Kanam LGA on Sunday and shot at anyone they saw, which led to the killing of over 70 persons.

Several persons were also abducted by the terrorists, who also set their houses ablaze.

Reacting to the killings, President Muhammadu Buhari declared that the sponsors and the perpetrators must not be forgiven.