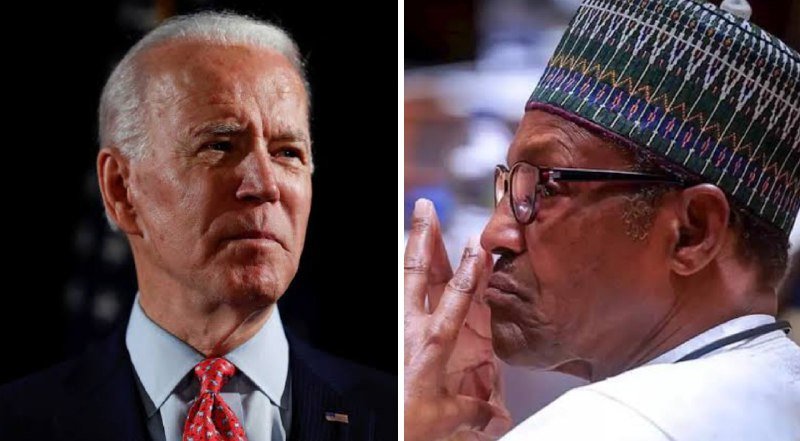 The United States government has accused parts of the security institutions in Nigeria including the military, police, and the Department of State Services (DSS) of impunity fostered by corruption and a weak judiciary.

he American administration stated it had recorded evidence of grave human rights abuses by the security agents, arbitrary deaths, and unlawful imprisonment of civilian residents in harsh jail circumstances.

The administration was also accused of imposing severe limitations on free expression and the media, including assault and intimidation against journalists.

The claims, according to Anaedoonline.ng, are featured in the US Department of State’s 2021 country reports on human rights violations, which were released on the department’s website on Tuesday.

Part of the report reads: “Impunity, exacerbated by corruption and a weak judiciary, remained a significant problem in the security forces, especially in police, military, and the Department of State Services.

“Police, the military, and the Department of State Services reported to civilian authorities but periodically acted outside civilian control.

“The government regularly utilized disciplinary boards and mechanisms to investigate security force members and hold them accountable for crimes committed on duty, but the results of these accountability mechanisms were not always made public.

“The Nigeria Police Force’s Complaint Response Unit worked to rebuild trust in police among citizens by holding police malefactors accountable. The revamped Complaints Response Unit was largely perceived to be a credible albeit nascent effort in the government’s effort to gather and respond to citizens’ complaints of police misconduct.

“Additionally, the minister of police inaugurated a Police Public Complaints Committee in April to allow citizens to register official complaints of abuses or misconduct by police officers. Police established a radio station to increase its communication with and get feedback from the public.”

The report claimed cases of unlawful or extrajudicial killings exists in the military and are sometimes covered upby the commanding officers.

“There were reports that the government or its agents committed arbitrary, unlawful, or extrajudicial killings. At times authorities investigated and held accountable police, military, or other security force personnel responsible for the use of excessive or deadly force or for the deaths of persons in custody,” the report pointed out.

It added that “Instances of unlawful or extrajudicial killings in the army, air force, and navy are initially investigated by commanding officers who decide whether an accusation merits low-level discipline or the initiation of court-martial proceedings, which are subject to appeal before military councils and the civilian Court of Appeals.”

Not done, the US government said security agents are deployed against journalists and used to harass them for reporting sensitive national issues.

It added that some of the arrests carried out by the security agencies are politically motivated and targeted at perceived political enemies.

“There were reports that security services detained and harassed journalists, sometimes for reporting on sensitive problems such as political corruption and security,” the report reads.

“Security services including the Department of State Services and police occasionally arrested and detained journalists who criticized the government.”

The report also identified some of the security challenges facing the nation to include attacks carried out by Boko Haram/ISWAP terrorists, the Eastern Security Network (ESN) which is the military arm of the Indigenous People of Biafra (IPOB), and other criminal gangs.