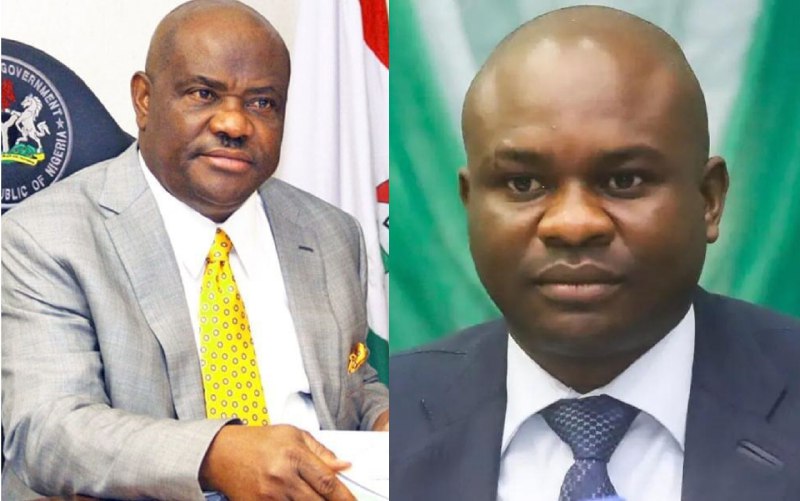 Farah Dagogo, a legislator in the House of Representatives representing the Degema/Bonny Federal Constituency, has been detained by police agents in Rivers State.

On Wednesday, Governor Nyesom Wike issued a warrant for the gubernatorial contestant for allegedly paying cultists to disrupt aspirant screening at the Peoples Democratic Party office in the state.

Dagogo refuted the accusation, accusing the Rivers State Governor of bullying and blackmail.

Dagogo, in a statement made on Thursday, demanded for the arrest and investigation of Efeturi Irikefe, the Governor’s Camp Commandant, for his acts at the PDP office.

Following the screening of gubernatorial candidates, the legislator vowed to honor the police inquiry.

The development was confirmed by the spokesman to the lawmaker, Ibrahim Lawal.

He said, “The Federal Lawmaker representing Degema/Bonny Federal Constituency in the House of Representatives and Governorship hopeful of the Peoples Democratic Party (PDP), Hon. Doctor Farah Dagogo has been arrested on the directives of Governor Nyesom Wike at the PDP Zonal Office, the venue for the screening of governorship aspirants.

If Anything Happens To Me, Hold Gov. Wike Responsible – Dagogo cries out

“Hon. Dagogo was arrested at the governorship screening hall by some police officers and taken to an unknown location.”