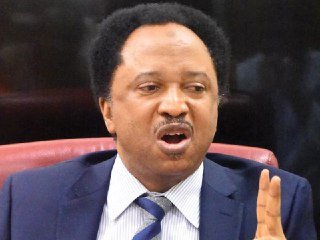 Shehu Sani, a former congressman from Kaduna Central senatorial district, claimed on Saturday that insecurity remains in Nigeria because the president lacks the ability to act.

This was expressed by Sani during a Twitter Spaces session with Daily Trust titled “Insecurity and the General Elections of 2023.”

If assaults continue across the country with no results, Sani believes it is the president’s obligation to dismiss those in charge of security and replace them with fresh individuals.

Sani said, “People in the position of leadership are failing and they will keep on failing because we have a president who is too weak to take action on his subordinates.

“If you preside over as a security man, military personnel or intelligence, or you preside over the local government or state and attacks are happening continuously in your place and nothing is being achieved, it is the responsibility of the president to remove such kind of persons and bring new persons.

“Security issues sometimes need things like this. There have been continuous allegations that this terrorism and banditry is being sustained because of the complicit of or collaboration with security agencies.”

The former lawmaker added that no measure has been taken against people who have failed.

He called on the president to be fully in charge of his office.

He added, “You don’t just sit down because you appoint somebody and then things are good. We have seen how prison breaks happened.