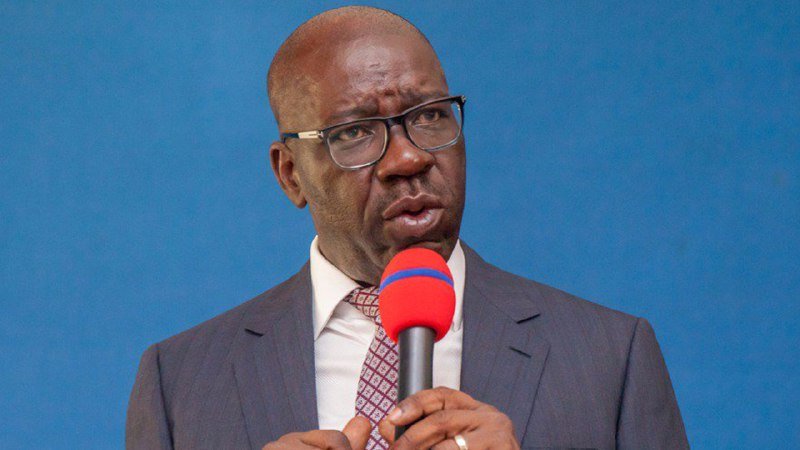 The Edo State government, led by Governor Godwin Obaseki, has stated that the state will soon be free of street beggars (Almajiris).

The governor stated that juvenile street hawking would no longer be permitted in the state, adding that his government believes that every kid in the state has the right to a basic education.

He cautioned that in the next weeks, the exodus of street beggars who are not ready to embrace good and important businesses will begin.

On Monday, Obaseki addressed the Muslim faithful during a courtesy visit to the Government House in Benin City, according to Anaedoonline.ng.

He threatened to arrest and prosecute anyone whose children were not in school and were instead begging or bartering on the street.

“There are many agricultural villages,” the governor said, “and additional hands are needed to tend the farms.”

Anyone arrested for street begging will be sent to the agricultural settlement to work, according to the governor.

Governor Obaseki made it clear that if the beggars refused to work, they would be taken back to their homes.

On the issue of insufficient teachers, he stated that his government has hired 3,062 teachers in remote towns to improve the state’s educational system.

Alhaji Abdulfatai Enabulele, the Chief Imam of Benin Central Mosque, had already praised the governor for his administration’s development efforts.

Enabulele called on Obaseki to urgently take some drastic steps to check the menace of street begging and trading.

He added that the act was capable of disturbing the peace of the state.

2023: The Differences With Saraki, Tambuwal, Other Northern Aspirants – Wike