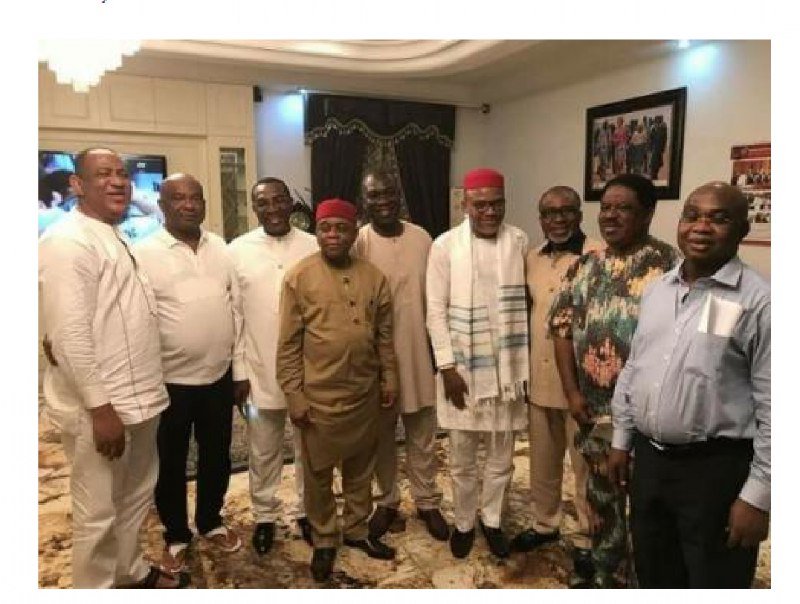 President Muhammadu Buhari has been pressed once more to free Nnamdi Kanu, the incarcerated leader of the banned Indigenous People of Biafra (IPOB).

Anaedoonline.ng reported that the IPOB leader, who is being detained at the headquarters of the Department of State Service (DSS), is facing a seven-count accusation of terrorism.

The South-East leaders claimed the release of the IPOB leader will restore peace to the area and put an end to the proscribed group’s agitation at a meeting with the President on Friday.

This was revealed during a meeting with Buhari at the Executive Council Chambers of the New Government House in Abakaliki, the state capital.

Mkpuma stated that the leaders have begun conversations with IPOB in the hopes of bringing all of them together at a roundtable meeting to reach an equitable conclusion and restore peace to the region.

Mkpuma praised the President on behalf of the leaders for the development of the second Niger Bridge, Akanu Bbiam Airport, and other federal highways in the region.

However, the traditional ruler requested the President’s cooperation in ensuring that the South East produces the next president in 2023.