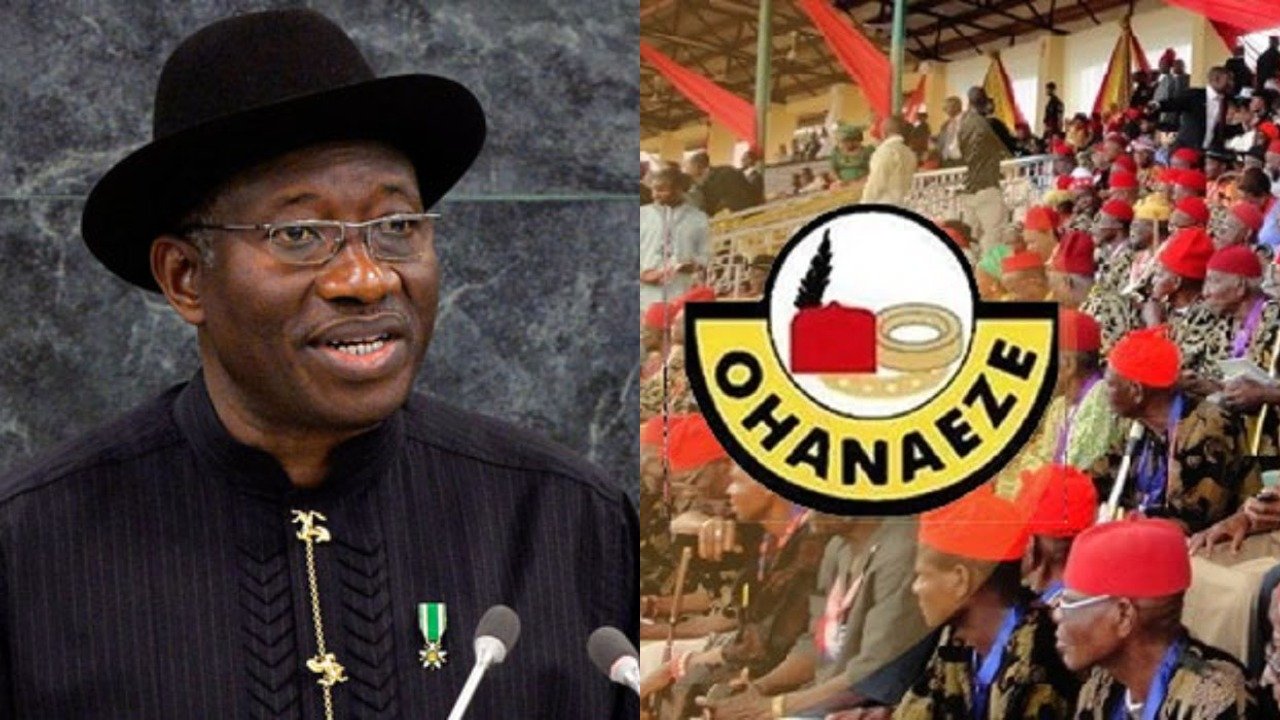 Ohanaeze Ndigbo, the apex Igbo socio-cultural group, has responded to the acquisition of former president Goodluck Jonathan’s presidential nomination form by the All Progressives Congress, APC.

According to Anaedoonline.ng, Jonathan’s form was acquired on Monday by the Miyetti Allah Cattle Breeders’ Association. However, the former President has stated that he did not authorize the practice.

In response to the news, Ohanaeze’s Secretary-General, Mazi Okechukwu Isiguzoro, issued a statement telling Jonathan not to forget the sacrifices Ndigbo made for him in the past.

He claimed that while the last President was in power, Ndigbo provided him the most support, earning them a 5% togga from the current President, Muhammadu Buhari.

He declared that “there is no going back to the 2023 Nigerian President of Igbo stock and anything contrary to it amounts to a denial of equity, fairness, and justice.”

Isiguzoro said “there are frantic endeavors and backstage activities to pitch Ijaws against Ndigbo, a repeat of 1966 gimmicks aimed at the resuscitating the age-long enmity between the two ethnic groups of old Eastern region, which was demolished in 2011 when Igbos adopted Jonathan as our own.

“We expect Goodluck Jonathan as an elder statesman and African iconic personality to endorse an Igbo Presidency from the seven Igbo speaking States, including Anioma (in Delta) or Ikwerre (in Rivers).

REVEALED: This Is Why Jonathan Has Not Joined 2023 Presidential Race

“He should not forget that the South-East and the Igbos were his citadel of support in 2011 and 2015. We became marginalized and were regarded as 5 percent because of the support we gave Jonathan in 2015.

“This should be a payback time for the sacrifices we made for the Ijaws and Jonathan in particular”.

He said though backstage power mongers were enthusiastic about the division of Igbos and Ijaws of the old Eastern region for the gain of the North, “their plot is dead on arrival.”