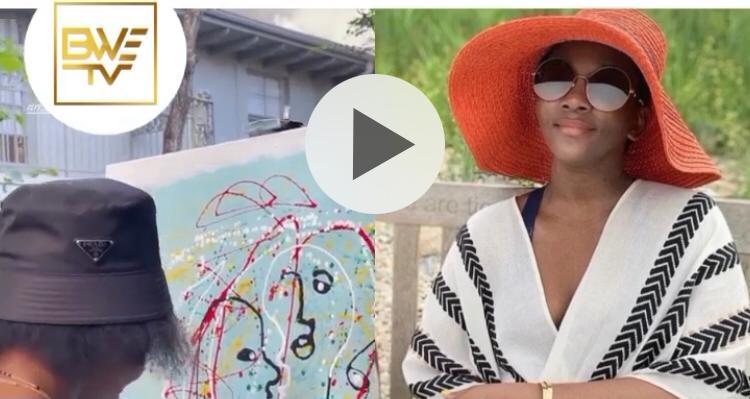 The painting video of Nollywood actress Genevieve Nnaji has been criticized by Nigerian OAP Dotun and other netizens amid suspicions of mental illness.

Genevieve Nnaji disproved claims of mental illness with a video showing herself painting and beaming with happiness, according to Anaedoonline.ng.

Some Nigerians, however, have criticized the video, claiming that Genevieve Nnaji is experiencing a midlife crisis and that painting is a coping method for mental health in rehab.

Dotun questioned the use of such footage to discredit the allegation in an Instagram post, claiming that the timing was off.

Dotun opined the need to let people know the current state of Genevieve Nnaji was fine, but the PR team would have probably used a nice video of the actress in a yacht or somewhere nice.

He wrote: Whoever is handling Genevieve PR should be Fired. What was the need for that video? If you must put out a video, many her on a watch smoking cigar… sigh. The timing is wrong. The need to let people know she is fine is okay but not necessary. What’s important is her not us.

Other netizens who reacted said Genevieve’s video clearly shows a rehab posture noting that there are other videos and pictures of the actress that has not made it online which could have been used.

ihydeeniola wrote: Even if you wanted to debunk, I’m sure Genny has old pictures and videos which haven’t made it to the internet and you could have used one to confuse people instead of this non***e Wow! Unless this was post to prove she is indeed mentally ill and getting help, this is so bad.

kalidorahair wrote: Sooo what?!! She’s in rehab! She’s getting treatment! What’s there to debunk! What brand?!! She’s loaded! If anything it’s encouraging ! Why must people hide and pretend when it comes to mental health and drug abuse! She’s getting the help she needs and the video is letting us know she’s OK!

lizclothings wrote: The PR team needs to be sacked