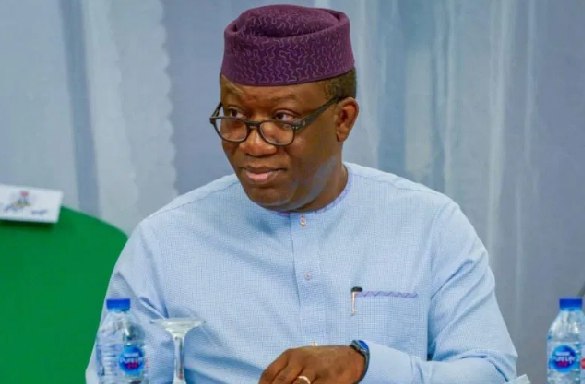 Kayode Fayemi, the governor of Ekiti State and a presidential candidate in 2023, has stated that he is unaware that former President Goodluck Jonathan is a member of the All Progressives Congress (APC).

The Governor stated that he is unaware of former President Goodluck Jonathan’s formal standing in the APC.

According to Anaedoonline.ng, Gov. Fayemi made the statement in an interview with Arise TV, which was broadcast on Thursday, amid rumours about Jonathan’s alleged plans to defect to the APC and run for president on the governing party’s platform in 2023.

He made the statement in response to a question from the presenter on the prospect of Jonathan becoming the APC’s consensus presidential candidate in 2023.

He added that if Jonathan has joined the 2023 presidential race, the next line of action will be confirmed when his status is confirmed.

“Be that as it may, if former President Jonathan has put his hat in the ring and he is considering to run, we’ll cross that bridge when we get there. I don’t want to speculate on what I don’t have information on,” he added.

The APC presidential primary election to choose the party’s candidate for the 2023 presidency will be held on Sunday, 29th – Monday, 30th of May, 2022.