How Tambuwal Met Ayu, Saraki, Bala Mohammed Before Stepping Down For Atiku 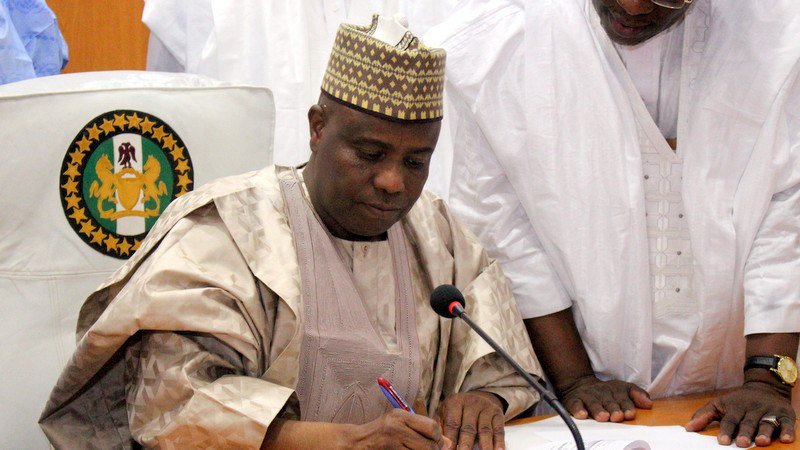 It has been revealed who Governor Aminu Tambuwal of Sokoto State consulted before withdrawing from the Peoples Democratic Party’s presidential primary for former Vice President Atiku Abubakar.

On Saturday, the battle was transformed by Tambuwal’s decision to withdraw from the main opposition party’s presidential primary.

According to reports, the Sokoto State Governor sought advice from the party’s National Chairman, Iyorchia Ayu, before making the statement.

Tambuwal reportedly met with a former North-Central governor and walked with him to one of the northern hopefuls, Bala Mohammed, to advise the Bauchi governor that he had chosen to resign in favor of Atiku.

Mohammed was taken aback by Tambuwal’s choice, according to a party insider who attended the conference.

According to the source, Mohammed attempted to persuade Tambuwal not to quit in favor of Atiku, but he responded that he had already made up his mind.

After meeting Mohammed, Tambuwal headed over to Bukola Saraki and delivered the same message.

Saraki, according to a witness, was dissatisfied with Tambuwal’s choice, and had urged that the two of them stand down solely for each other.

The source said, “But Tambuwal responded by saying there was no such agreement and that he had considered all factors and made up his mind to shelve his ambition and throw his weight behind Atiku.”

Tambuwal reportedly visited with the party’s National Chairman after that and informed him that he was withdrawing from the race.

According to the source, Ayu patted Tambuwal on the back and breathed a sigh of relief.
Tambuwal has an important message to present to delegates before the start of voting, according to the convention’s Chairperson.

Tambuwal came to the platform after that to declare his retirement from the campaign and to endorse Atiku.

With Tambuwal’s last-minute support for Atiku, the party’s presidential ticket was secured (371 votes to 237 votes).