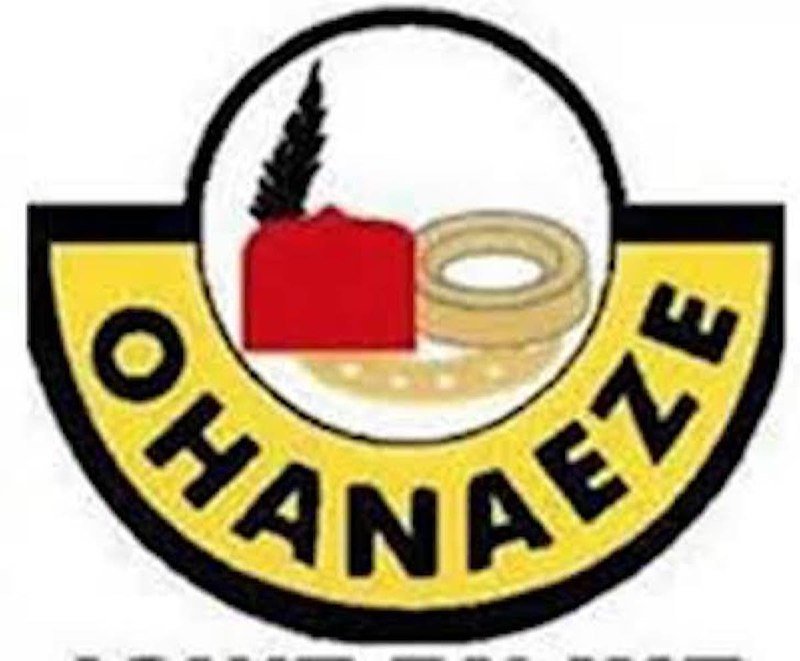 The president, Major General Muhammad Buhari (ret. ), has called on western nations to label the Indigenous Peoples of Biafra as a terrorist organization. The leading Igbo socio-cultural organization, Ohanaeze Ndigbo, has called this demand sad.

Ohanaeze emphasized that IPOB was a result of injustice and that it was the president’s actions and inactions that fanned the agitation for a separate state among IPOB members and others in the South-East.

President Buhari had, in an interview granted to Bloomberg, urged “the international allies to take additional steps to proscribe the Indigenous Peoples of Biafra as a terrorist organisation.”

Reacting in a statement titled ‘IPOB Is A Product Of Injustice’, Ohanaeze spokesperson, Dr Alex Ogbonnia, said that IPOB’s demands are very clear, “treat us as partners in the Nigerian project or allow us to go.”

The statement read in part, “It is most expedient to enlighten the general public that what IPOB is asking for is the parting words of a Nigerian Titan: the Maitama Sule imperatives to President Buhari when he led the Northern Leaders Forum to congratulate him shortly after his victory in the 2015 general election.”

It reminded the President that Sule had, while congratulating him, admonished that “justice is key to good governance,” and that he should “extend justice to all and sundry, irrespective of religion or tribe.”
“Sule reminded Mr President that an infidel with good conscience and equity can govern successfully, far better than a believer devoid of a sense of justice. Sule added that the solution to Nigerian problems can never be achieved by force nor fear, or power, but by equity and justice for all.

“The prophetic Sule urged him to do justice to all parts of the country because according to him, peace and stability are a product of justice and equity. He added that in the absence of justice and equity, there can never be peace and development. Sule among others stated that in absence of development, there will be mass unemployment and poverty and that ‘the idle man is the devil’s workshop’.”

Ohanaeze, however, noted that President Buhari knew that he ignored the eternal advice from the foremost patriot, whom it described as a “democrat and diplomat”.

It wondered how the president would be calling for the proscription of IPOB when his tribal kinsmen were murdering thousands of Nigerians, sacking indigenous communities and taking over their lands, while his regime do nothing.

The statement partly read, “What, I think, the IPOB is asking for is very clear: Treat us as partners in the Nigerian project or allow us to go. On the other hand, how can one explain the obvious lopsidedness in the appointment of military and paramilitary personnel to head the followings organisations with little or no South-East considerations; Nigerian Army, Nigerian Airforce, Nigerian Navy, Nigeria Police Force, Department of State Security, National Intelligence Agency, Nigeria Correctional Service, Nigeria Immigration Service, and Nigeria Customs Service; and several others.

“On the other hand, as Maitama Sule predicted, the orchestrated alienation of the South-East from the centres of power is the basic cause of the agitation in the South East.

“The Ohanaeze Ndigbo Worldwide led by Ambassador Professor George Obiozor has repeatedly stated that a people denied justice may not have interest in peace.

“The request by Mr President to the West is most unachievable because the West watch with keen interest and utter resignation the pathetic governance paradigm in the country. For the avoidance of doubt, democracy all over the world requires justice, equity, mutual toleration and institutional forbearance all of which are in short supply in today’s Nigeria.

“Mr President is reminded that the British profound sense of justice, fortitude, restraint, civic virtues and forbearance are the hallmarks that sustain their enviable government with an unwritten constitution. In a similar vein, what sustains the US democracy is not just the constitution but democratic norms and values anchored on justice and patriotism.

It added, “As I am writing, the sad news of another Benue massacre flew in: “No fewer than 16 kinsmen of Governor Samuel Ortom of Benue State were, Monday, reportedly murdered in a fresh attack by suspected armed herdsmen, who invaded Udei and Yelwata communities in Guma Local Government Area, LGA, of the state.

“Ohanaeze contends that if Mr President confronts the menace of the Fulani herdsmen who have been terrorizing several states, communities and individuals for over seven years now with similar obsession and commitment deployed to IPOB, Nigeria will be a better place.”