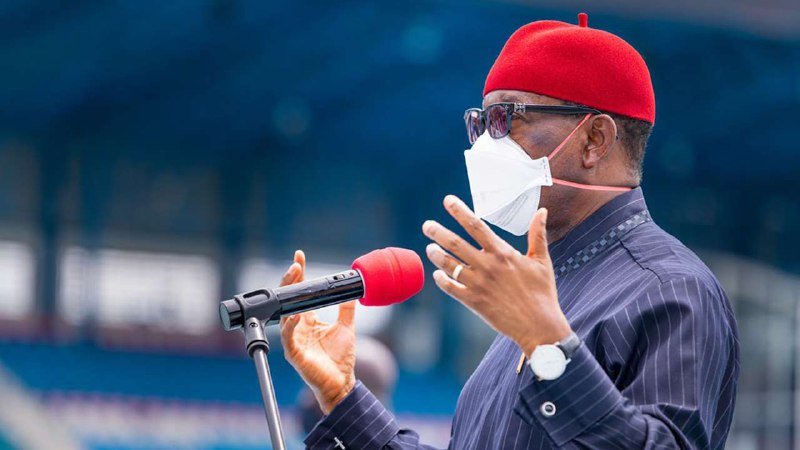 Ifeanyi Okowa, the governor of Delta State, has voiced optimism that an Igbo man will one day lead Nigeria as president.

Okowa, who is also aspiring to succeed Atiku Abubakar as the Peoples Democratic Party (PDP) presidential candidate in 2023, emphasized that he is an Igbo Man from Delta State and the South South geopolitical region.

On Thursday, he made this comment in response to queries on Politics Today, the network’s premier political show.

The South East has the right to campaign for the president, claims Atiku’s running partner.

He stated “There is no doubt that the South East and North East have the right to agitation for the presidential seat.

“Because from the records available, the North East and the South East have not been able to provide a President in this country as of today.

“If PANDEF, Afenifere, Ohanaeze Ndigbo and others had insisted that we want the presidency to be zoned to this geo-political zone, it would have been a good request. But the truth is they were just asking for a southern presidency without trying to situate it,” he added.

The Delta State governor continued “but under the circumstances which we find ourselves, the former Vice President, Atiku Abubakar, who is from the northeast got the PDP’s ticket and to a large extent when we win in 2023 that would have situated the presidency to the North East.

“So, as we move forward and the Igbos continue to make their agitation, the time will come when an Igbo man will also become president.”