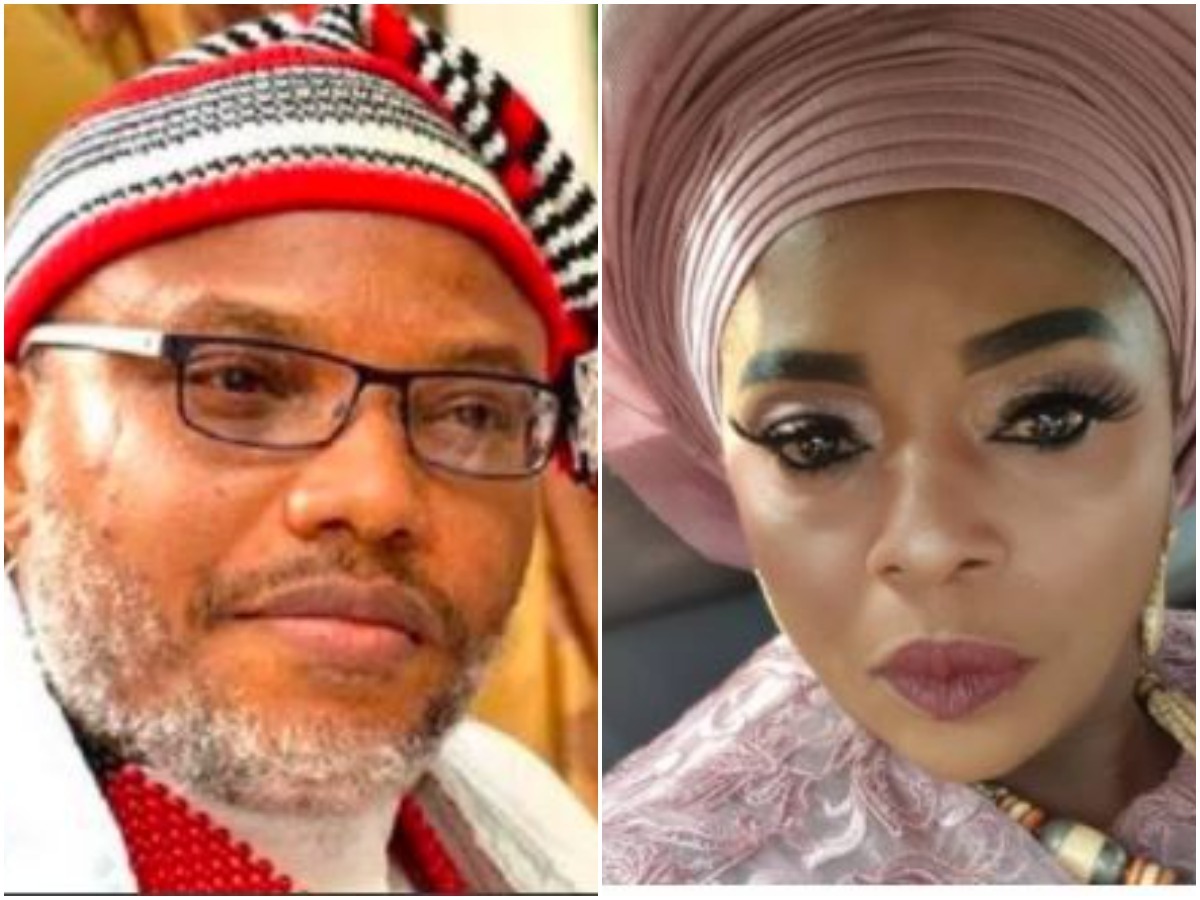 Nollywood actress Rita Edochie has reacted as Nnamdi Kanu, the leader of the Indigenous People of Biafra (IPOB), issued an appeal for calm and peace in “Biafraland” following the refusal of his most recent bail application.

This comes after the Biafra activist submitted a new application requesting his release on bail while the Federal Government’s treasonable felony charge against him is being resolved. However, the petition was dropped on Tuesday at the hearing.

Kanu, the head of the Indigenous People of Biafra, is now on trial for treason, allegedly leading an unlawful organization, and bail skipping.

Reacting to the development, Rita Edochie, via her Instagram handle, shared a video of Nnamdi Kanu in court earlier today, appealing for calm among his supporters.

Nnamdi Kanu, in the video, could be heard saying he wants the entire region to remain peaceful, pointing out that he is fighting to defend the people and not kill them.

“WE ARE FIGHTING TO DEFEND OUR PEOPLE, NOT TO KILL THEM, AND THAT IS THE REASON HE IS BEING DETAINED. SO STOP KILLING UNDER THE DISGUISE OF IPOB. IT IS WELL WITH YOU, MY GREAT BROTHER. I LOVE YOU.”