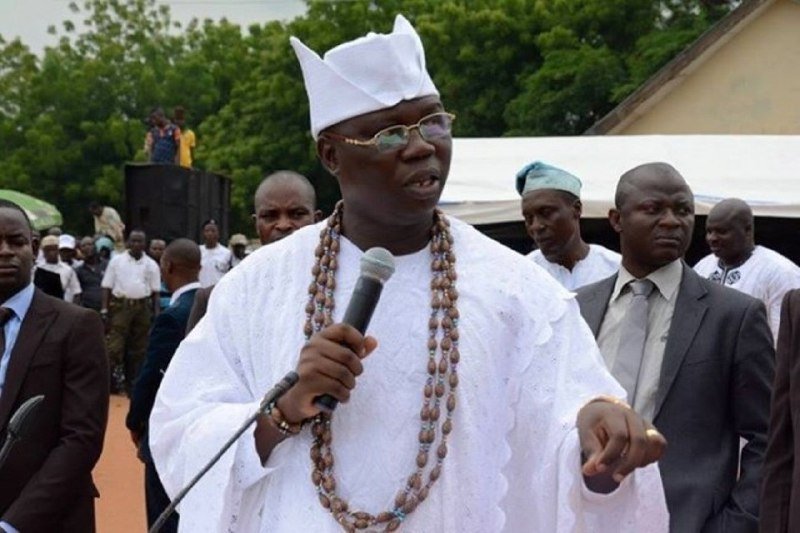 The Aare Ona Kakanfo of Yorubaland, Gani Adams, claims to have obtained information indicating that terrorists have entered forests in the states of Osun, Oyo, and Ogun.

Adams said that the terrorists were spotted with a sizable cache of ammunition in a statement released on Sunday by Kehinde Aderemi, his special assistant for media.

He urged the governors of the south-west to strengthen the Amotekun security network’s operations.

“Now that Abuja has seemingly lost the battle to terrorists, the south-west region has been the next target of these destroyers of hope,” the statement reads.

“Information reaching me today is that the terrorists are in-between Osu forest and Ile Ife, Osun state, fully armed with various ammunition and they are presently in the forest between Abeokuta and Ibadan planning to attack us in the south-west.

“This is one information that we need to act on in order to avoid possible calamity. Yoruba aren’t cowards. So, let everybody in the south-west be vigilant and be watchful in checking this insecurity scourge that is already stiff-necking Nigeria.

“We will never allow them to destroy our land. Therefore, we urge the six governors in the south-west states to hold an urgent emergency security meeting with stakeholders across the region so as to address the impending implosion.

“We are aware of their plans to strike in Lagos, Ibadan, Oyo state, and Abeokuta in Ogun state, however, I implore all the governors in the south-west to recruit local security service structure in their various local governments.”

The Aare Ona Kakanfo said he is ready to offer his assistance if needed by any of the south-west governors.

He called on President Muhammadu Buhari to redeem his image and use his power to establish state police before leaving office.

“The insecurity situation has reached its peak with the threat by these terrorists to kidnap the president, governors and lawmakers,” he said.

“Nigeria is going down because it looks as if there is no government in the country. It looks as if this administration has decided to force Nigerians to seek self-help.

“The president has about 10 months left in office. This is the time to redeem his image. President Buhari can use his executive powers to allow the immediate establishment of state police with a mandate to flush out all the terrorists stationed in strategic places in the country.”