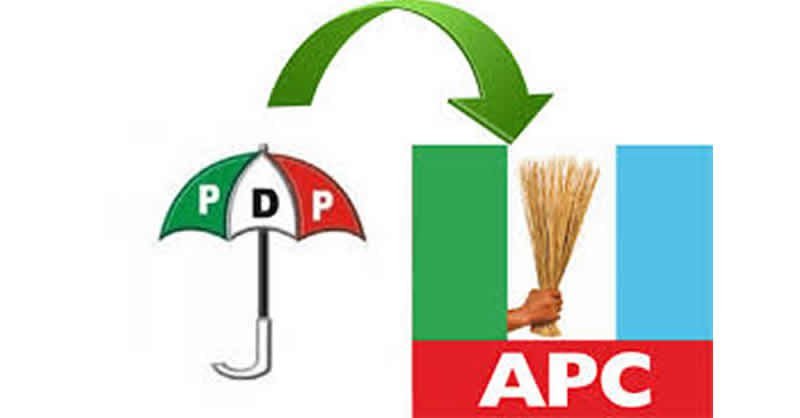 According to Anaedoonline.ng, a group of PDP defectors were greeted by the All Progressives Congress (APC) chapter in Kebbi State over the weekend.

Alhaji Yakubu Dala, a former PDP chairman of their council, led the decampers into the country’s ruling party, who are estimated to number 2,512. They came from the state’s Shanga Local Government Area.

According to reports, Dala was supported in his defection by all previous exco members, delegates, women, and youth leaders in the region.

PDP In Trouble As 2,000 Members Defect To APC In Abia

In confirming his defection, Dala credited the tenacity and effective leadership of Governor Abubakar Atiku Bagudu as well as the unity within the party in Kebbi State for their choice to join the APC.

He said: ”Before now, I was a member of PDP, but now decamped to APC. I can tell you that PDP is dead in Shanga and with our coming to APC, the party will continue to swell.

“I assure you that we joined the APC in good faith.”

Alhaji Muhammad Kana Zuru, the Kebbi State APC Chairman, welcomed the decampees and promised them of their engagement in party matters.

He reminded the council members of some of Governor Bagudu’s local development achievements and exhorted them to contribute to the party’s grandeur as well.

Sani Abubakar Lolo, the Speaker of the Kebbi State House of Assembly, and Babale Umar Yauri, the SSG, both talked politely about the necessity for all party members to continue working together to advance the state’s citizens.

The SSG, Babale Umar Yauri, affirmed his belief in the effectiveness of consultation in persuading resentful APC members who left to join the opposition to come back.

He said: “Incumbent administration in the state has adopted the option of carrot and benevolence to strengthening the unity, understanding and cohesion among APC members as well as bringing aggrieved defectors back into the fold of APC.”

Additionally, Alhaji Isyaku Nasarawa, a consultant to Governor Bagudu, called the newcomers a “huge capture” for the APC in Shanga.

He praised the Governor’s personal assistant, Alhaji Faruk Musa Yaro (Enabo), for his efforts to advance politics in Kebbi.