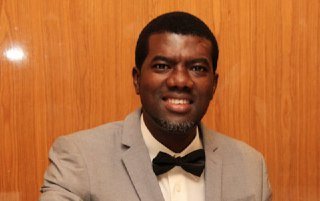 According to Anaedoonline.ng, Atiku Abubakar, the Peoples Democratic Party (PDP) presidential candidate, sparked online debate a few weeks ago when he asserted that 90 percent of people in the North do not use social media.

As a result of his lack of activity online, Yusuf said on August 1st that bogus social media profiles were impersonating him.

Reno responded to this by saying that Baba Ahmed’s admittance of being inactive on social media is a solid confirmation of Atiku’s prior assertion in a post uploaded on Instagram.

Reno claims that although Northerners have access to the internet, they are not as active on social media as people in other sections of the nation.

He continued by saying that because the LP vice presidential candidate is not active on social media, he cannot be classified as being illiterate.

Why I Agreed To Be Peter Obi’s Running Mate, Datti Baba-Ahmed

“It is also proof of my assertion that not being on social media does not mean that you are not educated or enlightened. Datti Baba-Ahmed cannot be described as an illiterate. The man owns and runs a university for goodness sake. Yet, he is not active on social media”