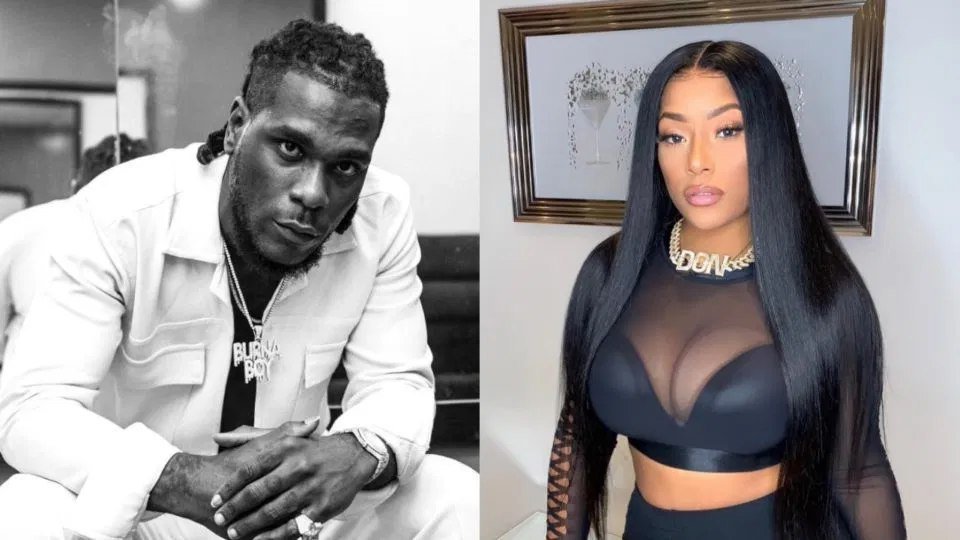 British rapper and singer Stephanie Victoria Allen, also known as Stefflon Don, has discussed the main factors that led to her breakup with Burna Boy, a Grammy Award-winning Nigerian musician.

According to Anaedoonline.ng, the former lovers split up in the latter half of last year due to rumors of alleged infidelity.

The singer claims that she ended her relationship with Burna Boy due to his ego, highlighting the fact that the “Twice as Tall” crooner views Wizkid, a fellow musician, as a rival.

Stefflon Don said that Burna Boy bullied her the previous time she brought up the subject and couldn’t satisfy her in bed.

She wrote: “I broke up with Burna Boy because he has a fragile ego. He sees his friend Wizkid as a competition, despite knowing Wizkid is bigger than he is. He can’t even satisfy me in bed. SMH. He bullied me the last time I wanted to talk, but not anymore.”